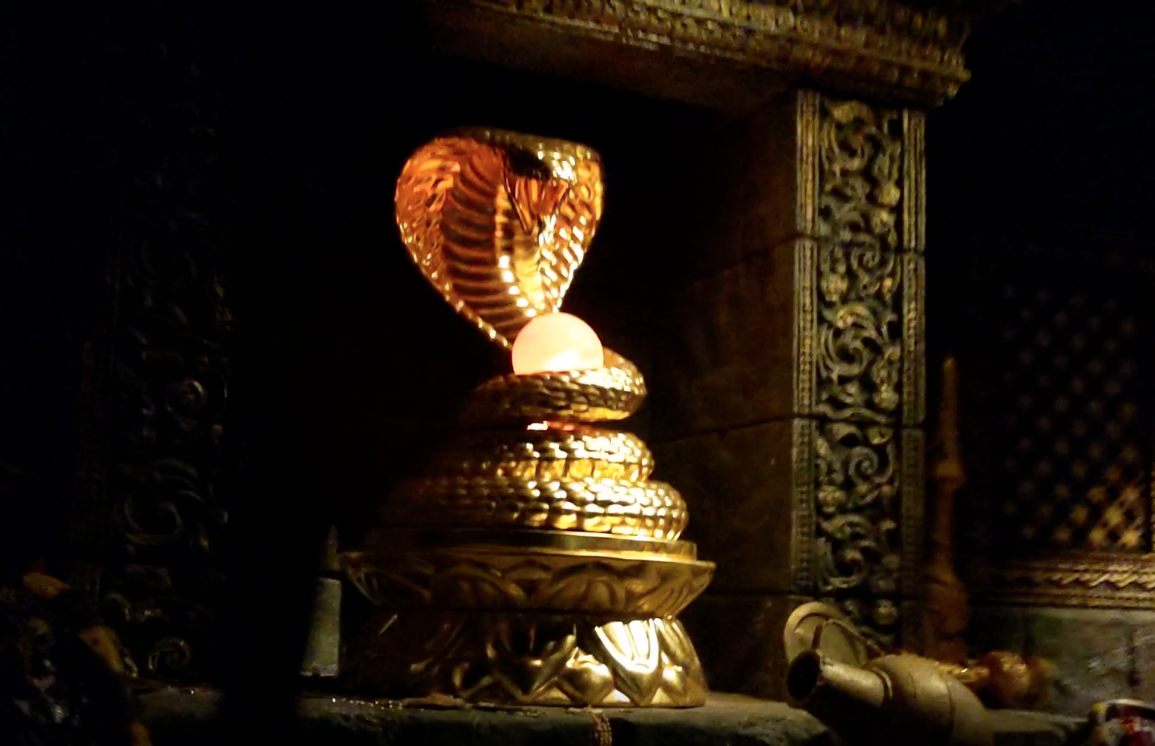 It seems Walt Disney Imagineers and Cast Members were busy last night, as there have been updates not only to the Jungle Cruise queue at Magic Kingdom, but also to the ride itself.

A notable update is the removal of the monkey statue inside of the ride’s temple. It has been replaced with a golden snake statue looming over a red glowing orb.

The snake was hard to capture on camera, but you can see it in our video below.

As you can see below, the scene used to feature a golden monkey statue, which may have been deemed offensive to other cultures.