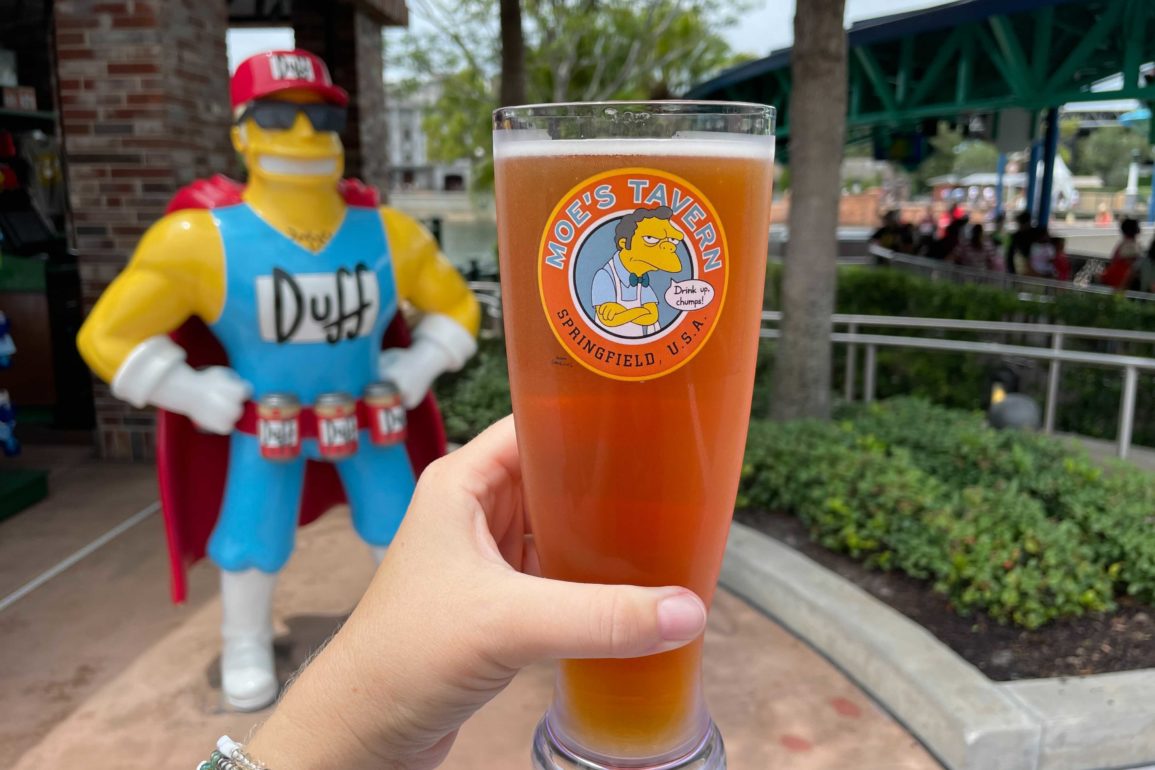 As Duffman might say, “oh yeah!” With fall just around the corner, Dufftoberfest has made its return to Springfield, U.S.A. at Universal Studios Florida.

The beer, a German-style Märzen, is on tap at Moe’s Tavern just ahead of the Oktoberfest season.

Having not been available last year, a friendly Team Member was eager to show off the return of the seasonal offering. (Friendly? Moe would be ashamed.)

According to Untappd, Dufftoberfest is brewed by Florida Beer Company in Cape Canaveral, and has an ABV percentage of 5.5%.

Dufftoberfest is also on tap at the Duff Brewery across from Moe’s.

We found it to be very drinkable, even if you aren’t a fan of beer. It wasn’t too heavy or watered down, and went down nice and smooth. We really enjoyed it, especially on a hot day in the park. We liked it so much, we recommended it to three guests that walked into Moe’s while we were there. It’s a little more expensive than the regular Duff and Duff Lite, but it’s worth it. It’s expected to be available until the end of December, from what we were told.