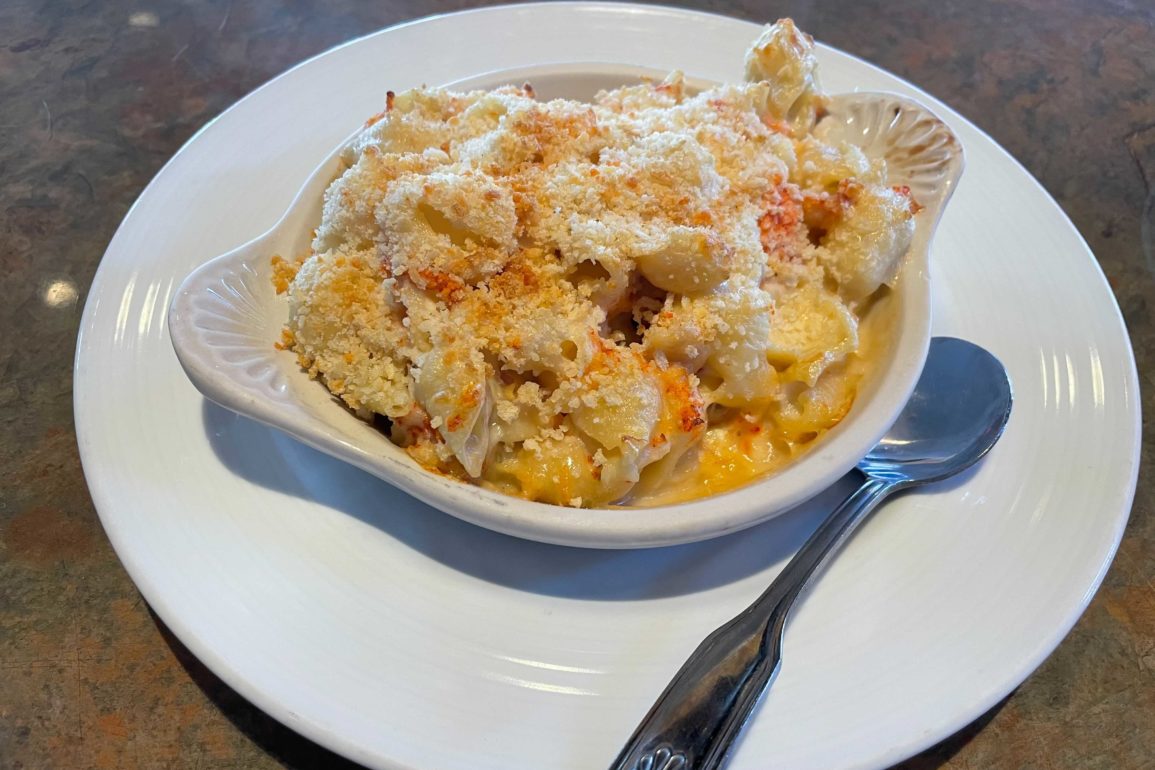 It’s Annual Passholder appreciation month at Universal Orlando Resort. We’ve loaded up on the new UOAP merchandise, gorged ourselves on the UOAP exclusive Maloney Stack and sipped on quite possibly the finest Starbucks drink ever, meant for UOAP members only. Now it’s time to get even classier with a lobster mac and cheese from Lombard’s Seafood Grille in Universal Studios Florida. But with fanciness, quality does not necessarily follow.

This lobster mac features a hearty macaroni and cheese, a very small amount of lobster, and a crispy bread crumb crust on the top.

Unfortunately, the lobster was almost undetectable. The dish tasted like a basic mac and cheese. The pieces of meat were very small and mixed in well so as to hide the lobster taste.

The thick, creamy cheese was excellent with the macaroni and the breadcrumbs, but being a lobster mac, it could use more lobster. That said, it was a good mac and cheese dish. Good, not great.

It didn’t wow us. Boring might be the best way to describe it, especially after having some of the way more impressive UOAP dishes, like the AP Roll from The Cowfish and the Poc Chuc pork dish at Antojitos.

But what a beautiful place to have some “lobster” mac. The design of this restaurant is just fantastic.

UOAP Appreciation Days run through September 30 at the parks, resorts, and CityWalk within the Universal Orlando Resort.

Will you be trying the UOAP exclusive lobster mac from Lombard’s Seafood Grille? Let us know in the comments below. For more UOAP exclusive bites, check out our reviews of the kimchee fries at Mel’s Drive-in and the specialty doughnut from Voodoo Doughnut in CityWalk.