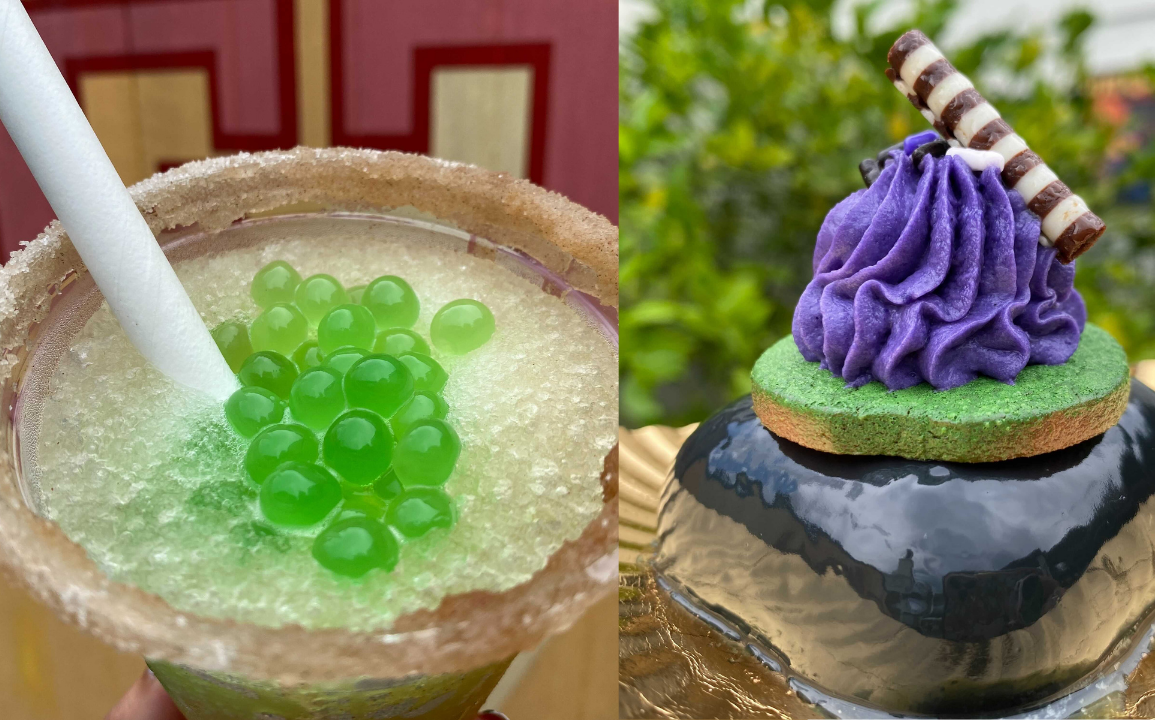 It’s Halloween in America… almost. So let’s celebrate the patriotic summer holiday with some treats from Rosie’s All American Cafe at Disney’s Hollywood Studios.

The three specialty items can be found in the app, but not all 3 are on the menu boards just yet.

Of course they are advertising and ready to sell the alcoholic version.

This mousse is scary bad.

The texture, once I put it in my mouth, literally gave me a chill. The green apple flavor was mild in the mousse. The blackberry panna cotta had no distinct flavor and this dish could’ve really benefited from the crunchy pearls that were advertised but left out.

It was also a complete mess and melted way too fast.

The frozen apple cider with whiskey was slightly better.

The cider was pretty sweet and the rim was coated with cinnamon sugar.

The green apple boba was pretty good, but the large straw that comes with it is paper, so after a minute it was difficult to get the boba through it.

I think the whiskey helps this drink because it cuts the sweetness, but I’ve also never heard anyone say that the whisky doesn’t help in regards to any drink.

It’s fine, but not something we will be running back to have again.

Next
REVIEW: Spooky Ghost Cupcake is a Bust from Backlot Express and Trolley Car Café at Disney’s Hollywood Studios