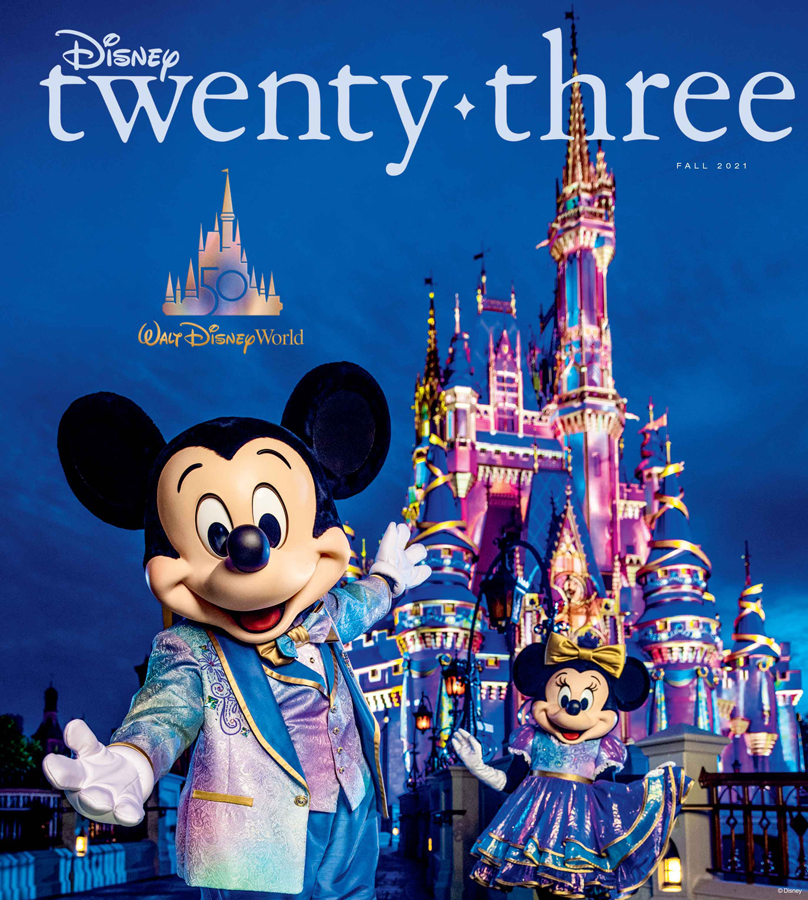 D23, Disney’s official fan club, publishes a quarterly magazine for their Gold Members called ‘Disney Twenty Three.’ With behind the scenes looks at upcoming movies and attractions, it’s an inside scoop direct from the company. And with the 50th anniversary of Walt Disney World looming on the horizon in October, this is the perfect time for the magazine to feature the celebration prominently.

Feature stories will include a look at everything coming to Walt Disney world for the anniversary, including Harmonious, Magic Kingdom anniversary décor as seen above, Remy’s Ratatouille Adventure as seen below, and more. There will also be a “bonus chapter” from the upcoming book “A Portrait of Walt Disney World: 50 Years of the Most Magical Place on Earth,” looking at some of the park’s most beloved entertainment through the years, as well a glimpse at classic park collectibles through the years.

This magazine is available as a member benefit for D23 Gold Members to give an authorized peek behind the curtain at upcoming projects. For up to the minute news, sneak peeks and more, all without a membership price, be sure to check back with WDWNT, the worldwide leader in Disney Parks news.