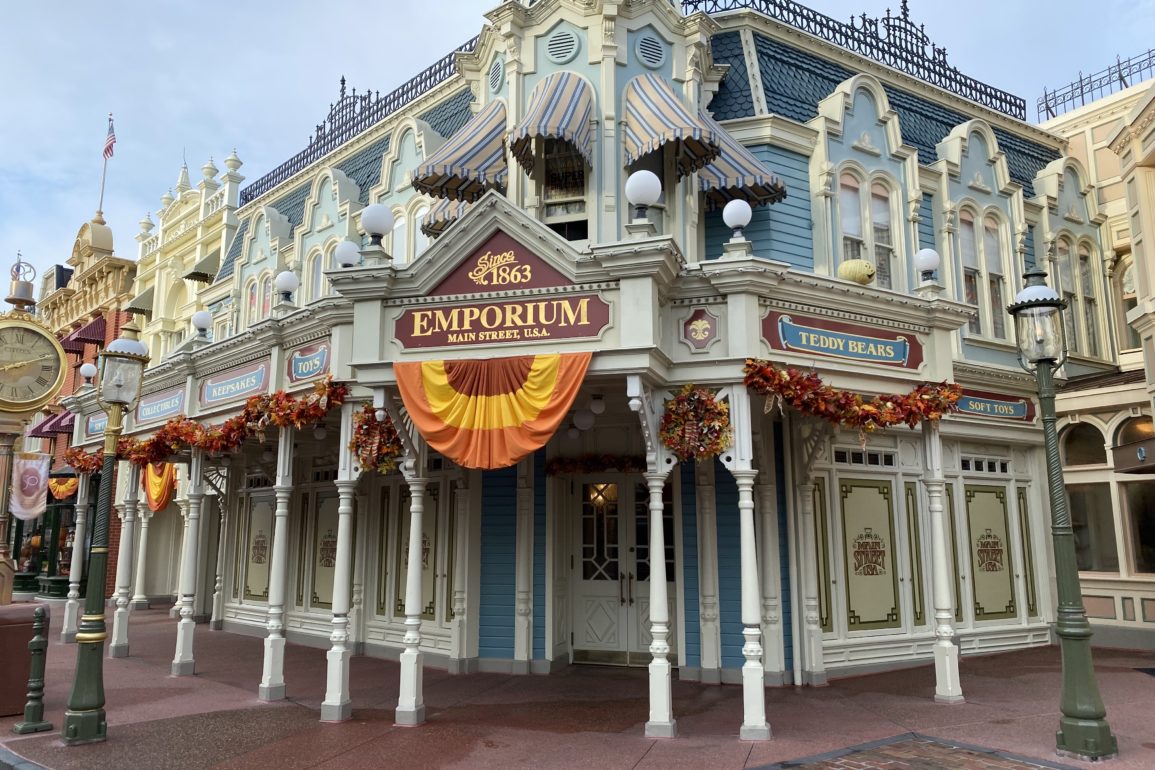 Good morning from a slightly cooler day at Magic Kingdom! Fall is (hopefully) in the air soon.

Quite a few of The Emporium’s window displays were covered weeks before new 50th anniversary merchandise is to make its grand debut.

A plethora of spooky new merchandise made its way into the park, including magnets and apparel.

A new Hocus Pocus Binx mug crept into the assortment of Halloween merchandise.

The Emporium displays have recently been moved around quite a bit, including the addition of returning candy displays in the store’s center and two extended register stations to handle the upcoming crowds.

The windows at the Main Street Confectionary were covered with paper instead of the black curtain seen on either side window.

If you look closely, glitter has been added to Tinkerbell’s 50th spiral hedge.

Following the addition of the Lightning Lane signage to Big Thunder Mountain Railroad, “Standby” and “Fastpass” signs hanging over the roof to the queue have been removed.

Over at “it’s a small world”, the area along the back loading zone that boasted two singular square of blue paint have been repainted white.

In Storybook Circus, the cracked sign at Dumbo The Flying Elephant has been repaired and flags have been added to its sign.

The signs at Big Top Souvenirs and the entrance to Storybook Circus received a few yellow flags as well.

On the MaDe Kiosks in Tomorrowland Light & Power Co., new Apple Watchbands and magnets arrive featuring Loki and The Red Guardian.

At the ferryboat launch, a new ramp has been constructed in between the two existing platforms.

We made our way over to Disney’s Riviera Resort to catch the new ornament replicating the resort available for purchase at La Boutique.

A spooky new DVC Spirit Jersey in haunting shades also made an appearance for the season.

Next
PHOTOS: Scrim Removed From Around Future Dining Location in New Orleans Square at Disneyland