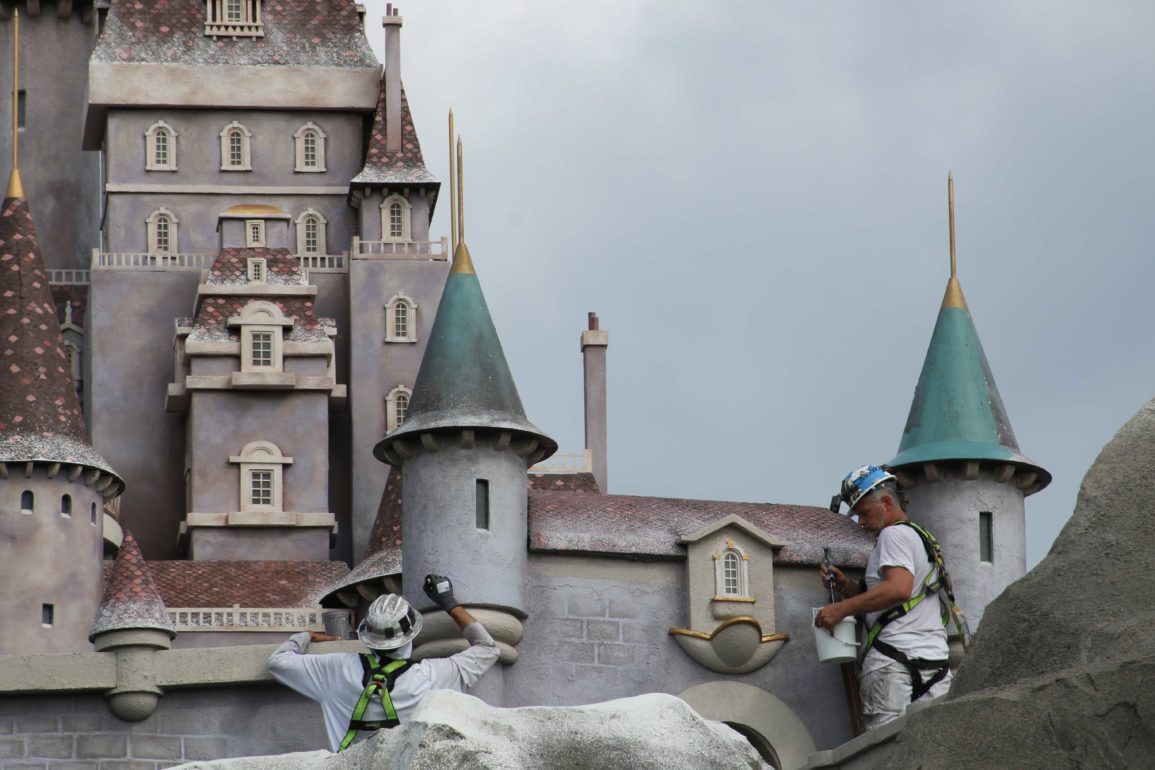 PHOTOS: Final Section of Beast’s Castle at Be Our Guest in Magic Kingdom Being Painted

A few weeks ago, scaffolding was removed, and refurbishment was mostly completed on the exterior of Be Our Guest in Magic Kingdom, but one section of wall at the front of Beast’s castle had yet to be repainted. Crew members are now working on the wall, so refurbishment should be officially completed soon.

Though the two turrets of the wall are supposed to be green (unlike the reddish pink of the rest of the castle), they still stood out as faded and dirty.

There were two crew members painting.

They were working on the turrets and the wall itself.

The turret on the right is looking much better. The last time we took a look, it had some white spots.