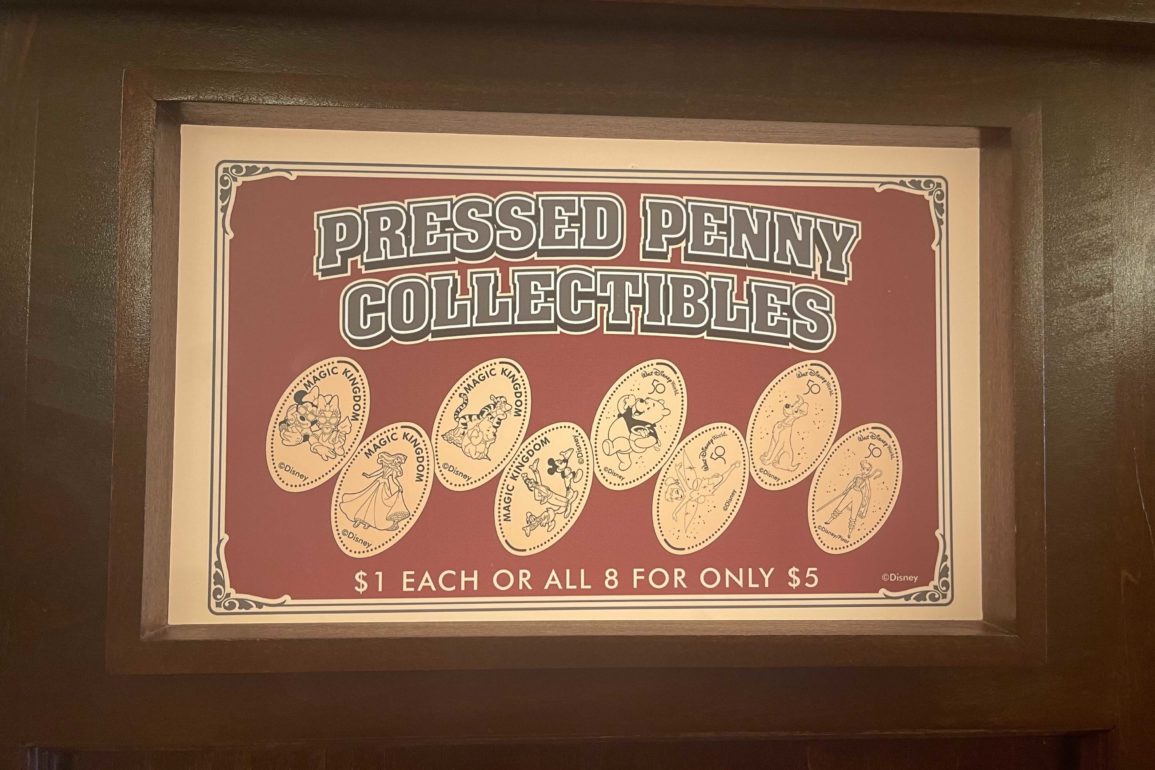 In addition to the 50th anniversary pressed pennies at EPCOT, new penny designs and medallions have arrived at Magic Kingdom for “The World’s Most Magical Celebration”.

This machine has some sporty pressed pennies, plus 50th pennies featuring Pluto, Thumper, Pinocchio, and Frozone. Pressed pennies are $1 or $5 for all eight.

This medallion machine inside the Emporium has four 50th anniversary medallions available. All of them have the same Mickey design on the back.

The other two feature Lady and Tinker Bell.

Which medallions or pennies do you want to collect? Let us know in the comments.

Next
PHOTOS: Final Section of Beast’s Castle at Be Our Guest in Magic Kingdom Being Painted