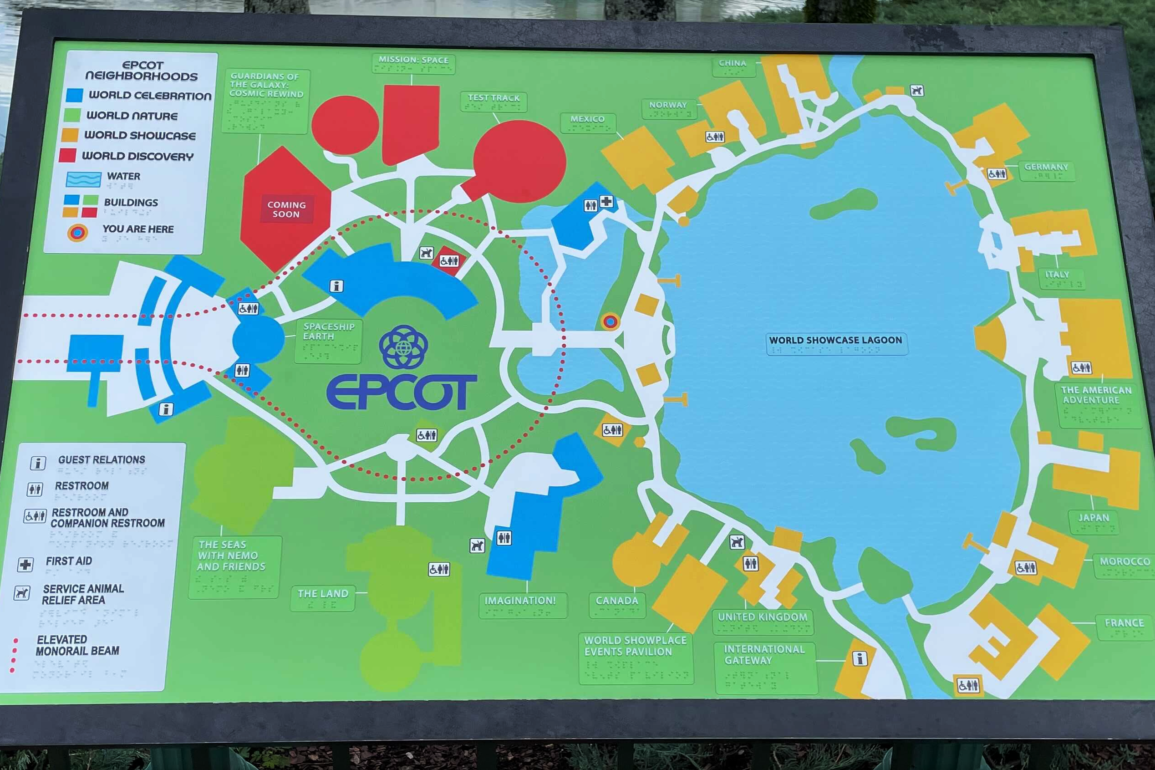 Yesterday, we told you that the Walt Disney World website was now referring to the ‘lands’ of EPCOT by their “neighborhood” names. The site no longer uses the classic “Future World” name, and now those new names are showing up in the park itself.

Disney originally announced that the neighborhoods would officially debut with “The World’s Most Magical Celebration” on October 1, but the new names are being found throughout the park.

These digital tip boards show the neighborhood names along with wait times for attractions found in each area. The boards use the recently updated “World Bold” font that may remind the more nostalgic park guests of the early days of EPCOT.

The tip boards also use the neighborhood colors, matching the trash cans in those areas as well as the original concept art.

Braille maps have also been updated to reflect the new neighborhood naming convention. While the map is intended for use by those with visual impairments, the green-on-green color of World Nature is challenging for other guests utilizing this map.

The new map shows the former Future World divided into three sections. They are World Discovery, World Celebration & World Nature. World Showcase will not change, retaining its current name that aligns with the ‘World’ naming convention.

How do you feel about the new neighborhoods replacing Future World? Let us know in the comments.

Next
VIDEO: Watch the Final Performance of “Epcot Forever” Nighttime Spectacular at EPCOT