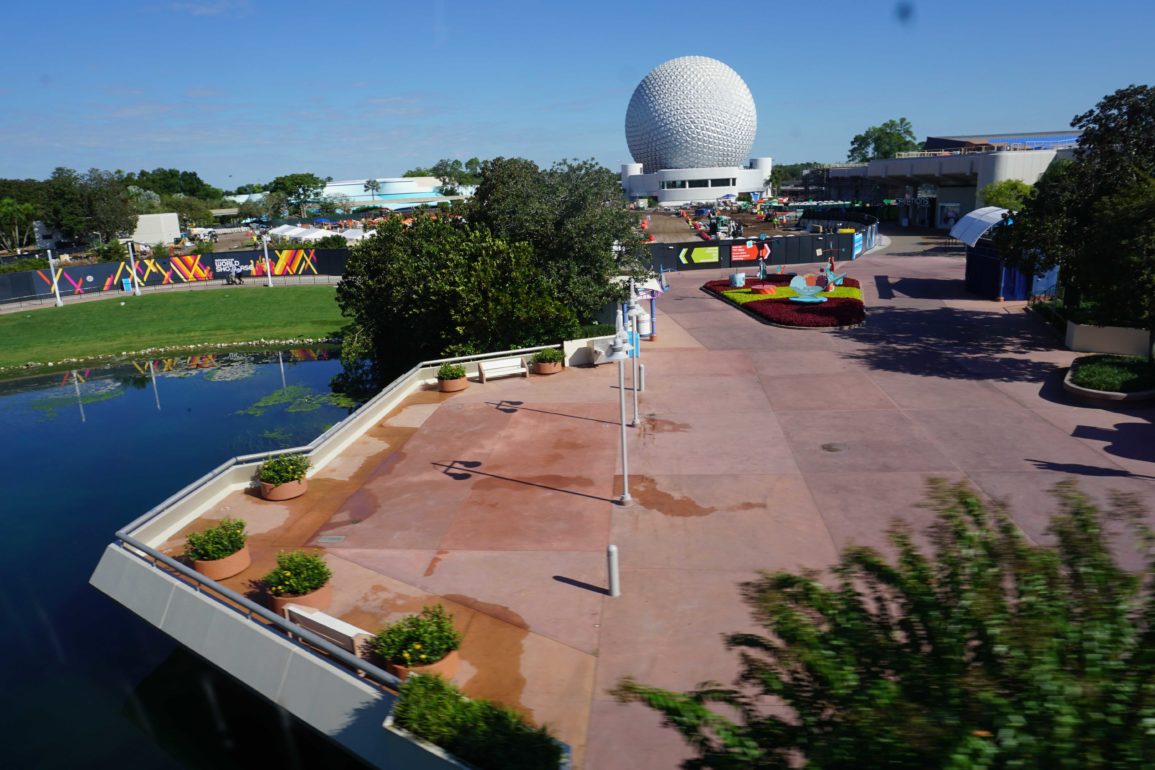 Though the Liquid Layer Interactive Fountain near Mission: SPACE reopened in June, EPCOT’s other Liquid Layer has remained closed and surrounded by construction walls for a year. Though the fate of the play area has been unclear, it now appears to be permanently closed.

From the Monorail, we could see fresh pavement on the ground where the soft Liquid Layer surface used to be.

This Liquid Layer was located on the walkway between Future World and World Showcase. It’s unknown what—if anything—will be done with the space now that the fountains have been removed.