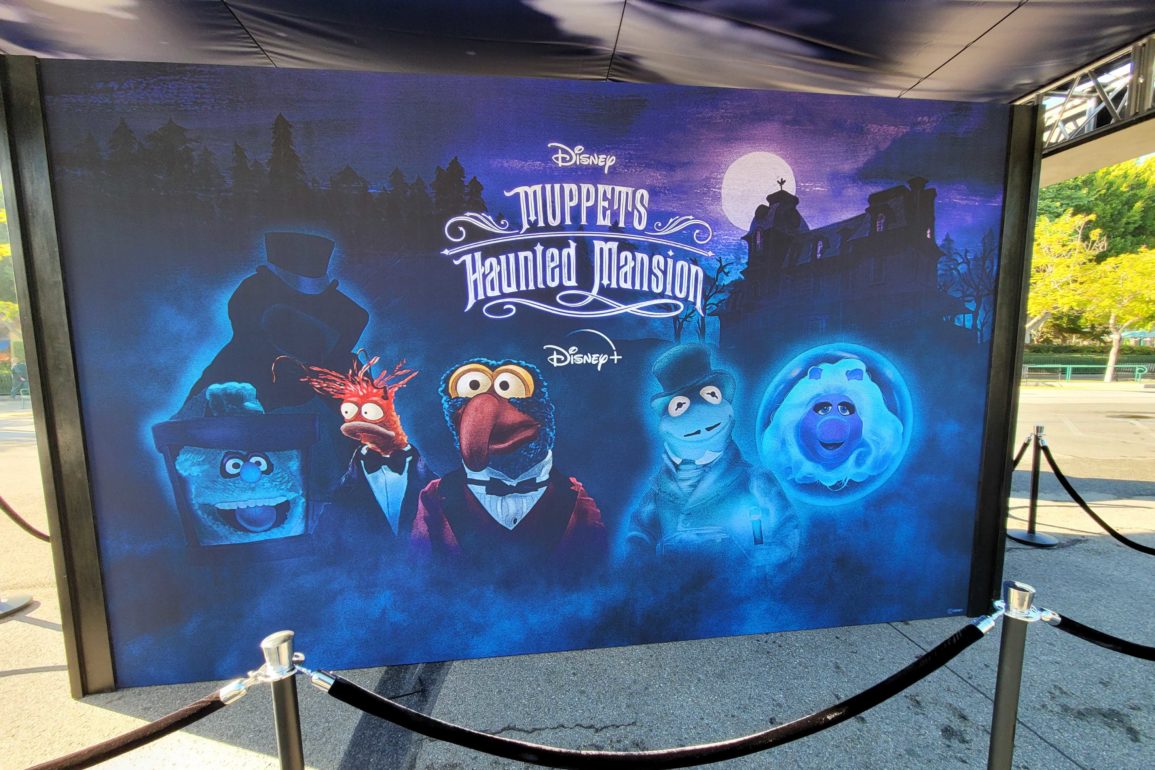 “Muppets Haunted Mansion” is hitting Disney+ next week, and to promote the spooky and silly special, two new photo opportunities have arrived on the tram walkway at Disneyland Resort.

Under a gothic-looking structure, guests can take pictures in front of different backdrops.

One side features The Haunted Mansion by itself.

Another features some creepy wallpaper. But be sure to look closely, as you may be able to recognize the pattern of the Electric Mayhem’s resident drummer, Animal.

Adjacent to that is a wall with two spaces for busts. It’s unknown if those will be added later, or guests are encouraged to bring their own Muppet plush for display.

Not too far away, there’s a specially wrapped Honda Ridgeline promoting the special.

A neat feature here is the Muppet ghosts, who seem to be ready to take the car on a joyride (possibly into Disneyland to see the mansion for themselves).

The car is wrapped in the wallpaper pattern, where fans may spot Muppets like Gonzo, Pepe, Uncle Deadly, and Beaker.