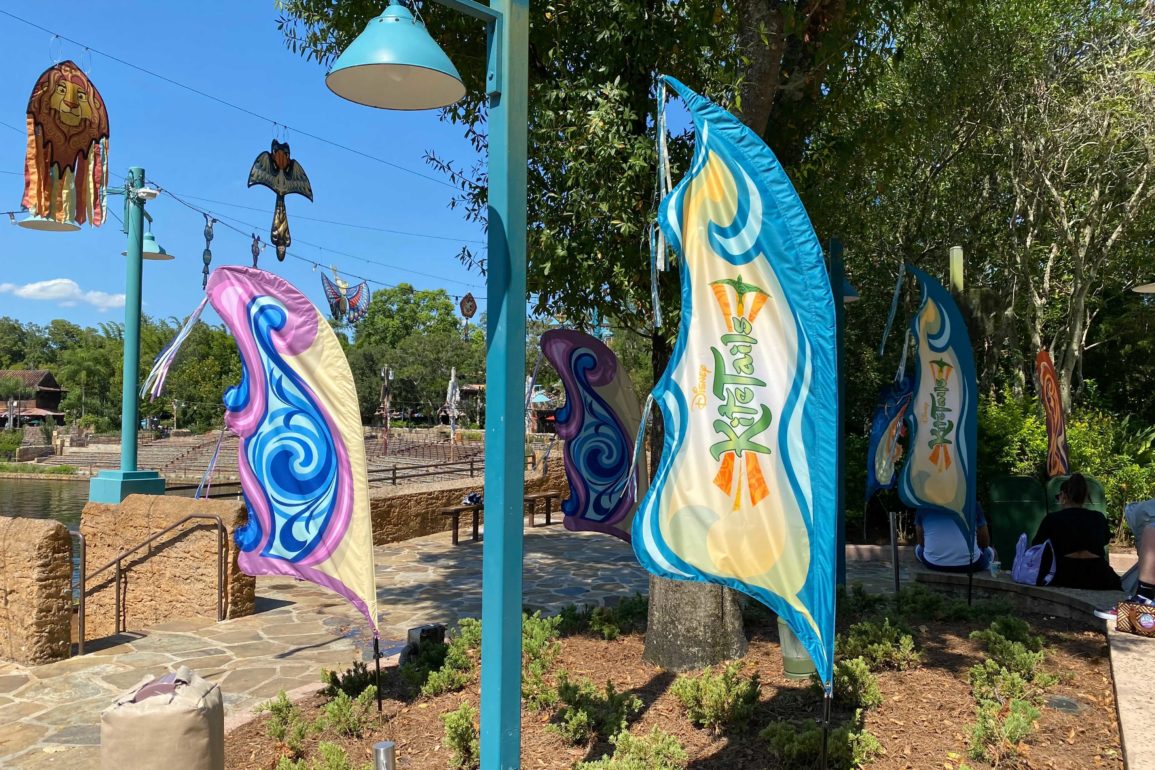 We’re only a few days away from Walt Disney World’s 50th anniversary. Disney’s Animal Kingdom will be celebrating with the launch of Disney KiteTails, a new daytime show. Disney has been preparing Discovery River Amphitheater for the new show by refurbishing benches and hanging new character banners. More KiteTails banners have been added to the amphitheater and work has continued on the kite corrals.

The new banners frame the entrance to the amphitheater.

The banners immediately next to the entrance have the Disney KiteTails logo.

The banners have streamers coming out of them too.

These give us a glimpse of what’s to come in the kite show.

Some new characters have been added to the lines of kite banners flying above the theater.

Bagheera has been added to the row of “The Jungle Book” characters.

“A Bug’s Life” is now represented by Flik and Atta.

For now, there’s only one circus bug, but more may join the crew later.

Pua and Hei Hei from “Moana” share a banner.

Terk from “Tarzan” looks ready to break some plates.

We also saw some sort of work being done to the railings on one of the amphitheater pathways.

Most of the seats now have fresh staining.

We believe the small huts on docks to the side of the amphitheater are corrals for the kites.

The two large huts still have green scrims on the front. The backs have not been completely enclosed.

One of the smaller huts is still just a framework.

There’s a small portion of blue cloth on the side of the hut at the very end.

Another small hut is completely covered in tarps.

Check out more details about Disney KiteTails including performance times.

Next
New Image of ‘Harmonious’ at EPCOT Released