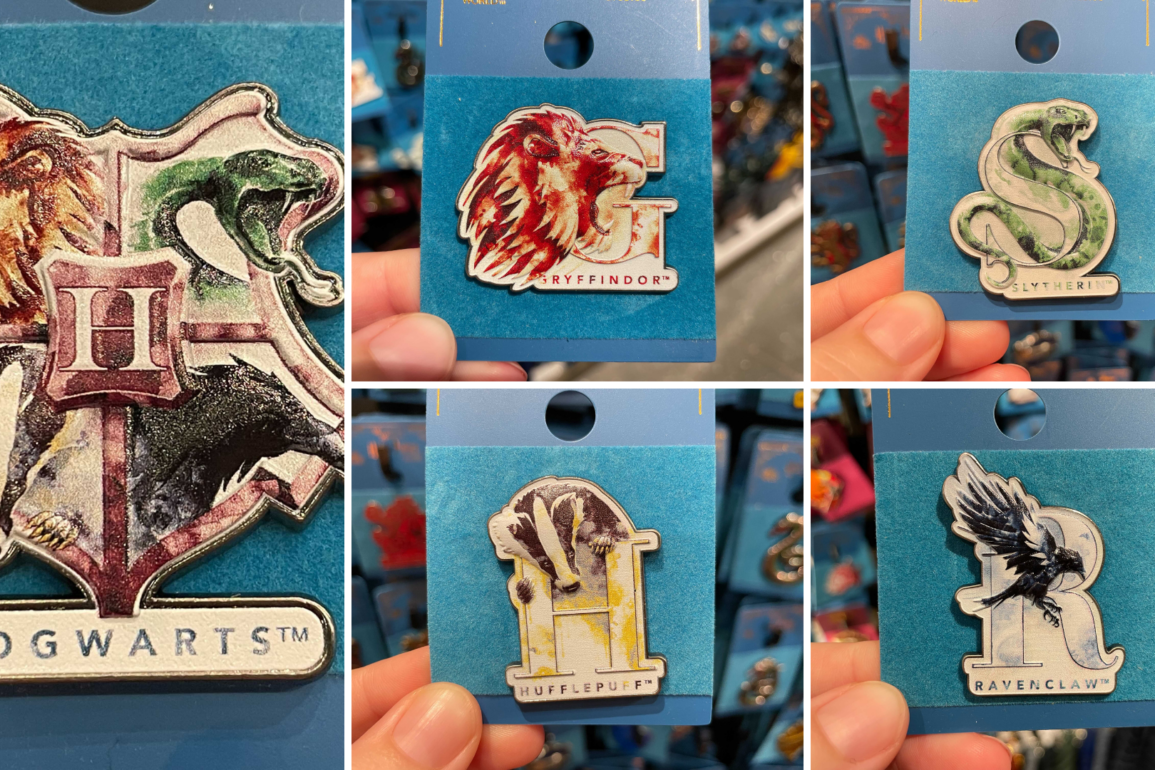 The school year is in full swing, and lovers of the Wizarding World can show their school spirit with the latest round of Hogwarts house pins now available at Universal Orlando Resort!

There are five pins in the new series, which salutes each house of the magical school with its mascot and the first letter in its name.

For those who can’t decide (even with the help of the Sorting Hat), there’s a pin that features all four mascots in a shield surrounding the letter “H.”

Hufflepuff’s pin features a badger climbing an “H” with a yellow splatter pattern. These pins are less stylized than the set released last month, which also boasted house mascots and letters.

The serpent of Slytherin strikes an aggressive pose on this pin.

Gryffindor’s lion proudly roars with a red and gold pattern.

Finally, the raven soars on a blue “R” on Ravenclaw’s pin.

We found these pins at the Universal Studios Store at both Universal Studios Florida and Universal CityWalk Orlando. But if you’re a fan of the Hogwarts mascots, be sure to check out this pin series which puts them in the spotlight.

Which house would you want to join? Share your thoughts in the comments!