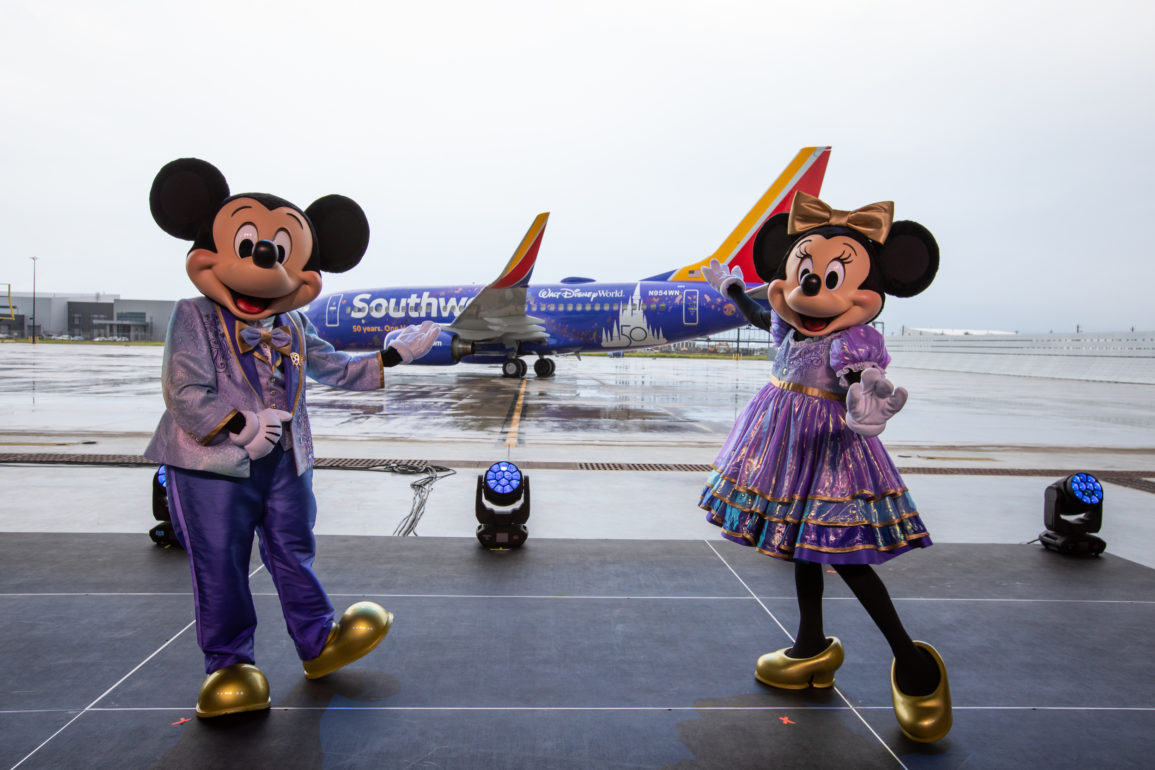 Of course, Mickey and Minnie were on hand for the debut of the updated Boeing 737.

The plane features the 50th anniversary logo, Mickey Mouse, and other assorted characters and symbols from the resort.

Walt Disney World has also added 50th anniversary imagery to the outside of buses, Monorail gold, and Skyliner cabins.

Similarly, the interior features “EARidescent” touches on the overhead bins and window shades.

Will you make an effort to hop aboard this newly-decorated plane? Let us know in the comments below!