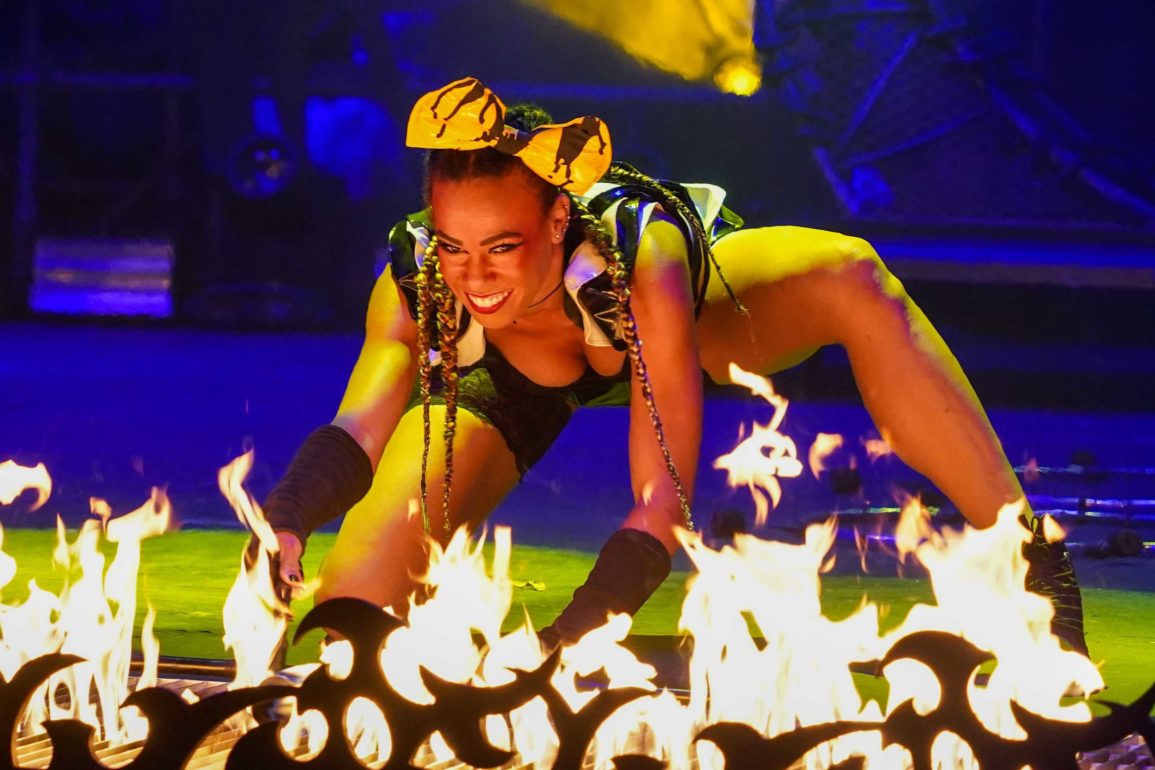 Over in the Fear Factor amphitheater, nightly performances of the new Halloween Nightmare Fuel show can be found at Universal Orlando’s Halloween Horror Nights.

The show follows an unnamed protagonist as his nightmares come to life on Halloween night.

It continues the tradition of bringing scantily-clad dancers to Halloween Horror Nights.

The show is set to a backdrop of rock, emo, and alternative music while acrobatics, illusions, and pyrotechnics take center stage.

While Halloween Nightmare Fuel is not traditionally “scary,” it fits right in with the HHN lineup.

The show is brand new this year, but the amphitheater has held Halloween Horror Nights entertainment nearly every year since 1992 (excluding the years when the event took place at Universal’s Islands of Adventure). This new offering is outstanding. Every performer gave it their all and nailed it. While not for the faint of heart, this is a can’t-miss.

Watch the full Halloween Nightmare Fuel show in our video below.

The entrance for Halloween Nightmare Fuel is at the Fear Factor amphitheater, as indicated by the orange star on the map below.