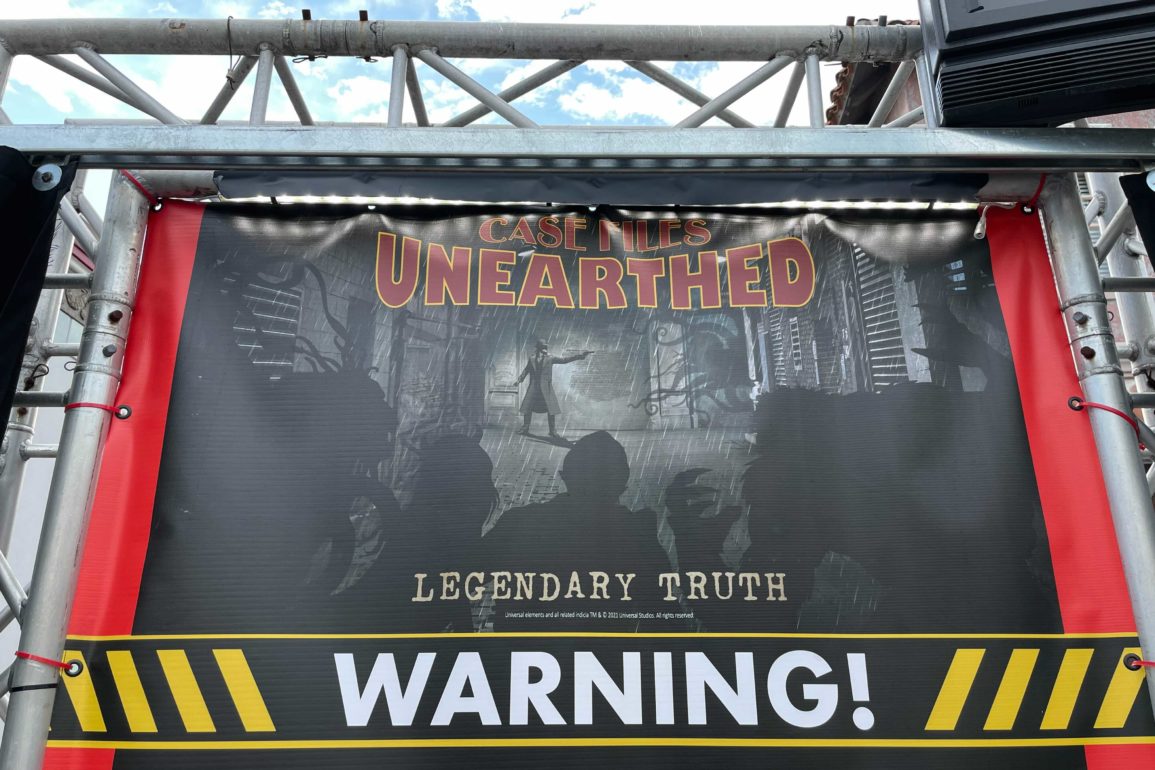 Halloween Horror Nights is back at Universal Studios Florida for its 30th anniversary with ten haunted houses, including Case Files Unearthed: Legendary Truth.

Case Files Unearthed follows a new member of the Legendary Truth collective, Tim Foil, as he digs through founder Boris Shuster’s work. We follow Shuster through previously-unseen adventures as he attempts to locate the trophies for each of the Legions of Horror.

If you’re not a big HHN fan or you don’t know much about Legendary Truth, you’re probably not going to appreciate this house. It relies a lot on familiarity with the history. It also lacked scares of any kind. For a hardcore Horror Nights fan, it’s a fun, creepy story, but it doesn’t offer much to anyone else.

According to the official Production Die-ries, Halloween Horror Nights designers used the original blueprints from the construction of Universal Studios Florida in 1998 to recreate the Delancey Street buildings inside the house.

For more information on Legendary Truth, check out our guide to the Lore to Know Before You Go.