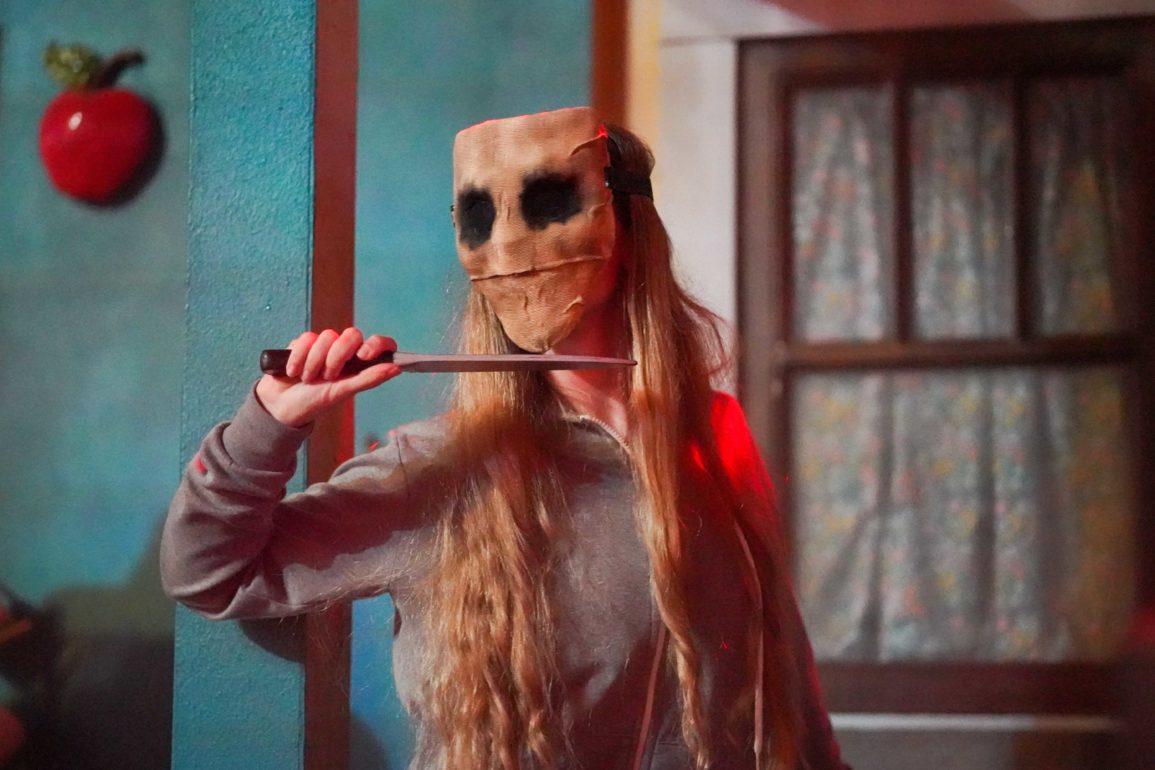 The Crypt TV zone wasn’t scary at all. It’s full of miniature scenes and seems to be largely designed to promote the shows and short films.

It was very crowded while we were there, so it was difficult to get near any of the platforms. If you’re unfamiliar with the CryptTV shorts, it might be wise to watch them on YouTube.

The Look-See beheads the unfortunate victim.

The Sunny Family Cult stabs someone in a chair, which is a bit scary on its own, but not much of a story without context.

Fans can also encounter Walter, the creepy creature that eats children who eat the cookies left out for Santa.

Pictured above is Soot, from the series of the same name.

The scenes make for good photo-ops if you can get near them, but otherwise, this is the worst of the scare zones.

Maybe that’s why it’s at the exit of Fast & Furious: Supercharged: you’re already disappointed after getting off that ride.

Watch our video of the Crypt TV scare zone below.

The Crypt TV scare zone is located in San Francisco, as indicated by the orange star on the map below.