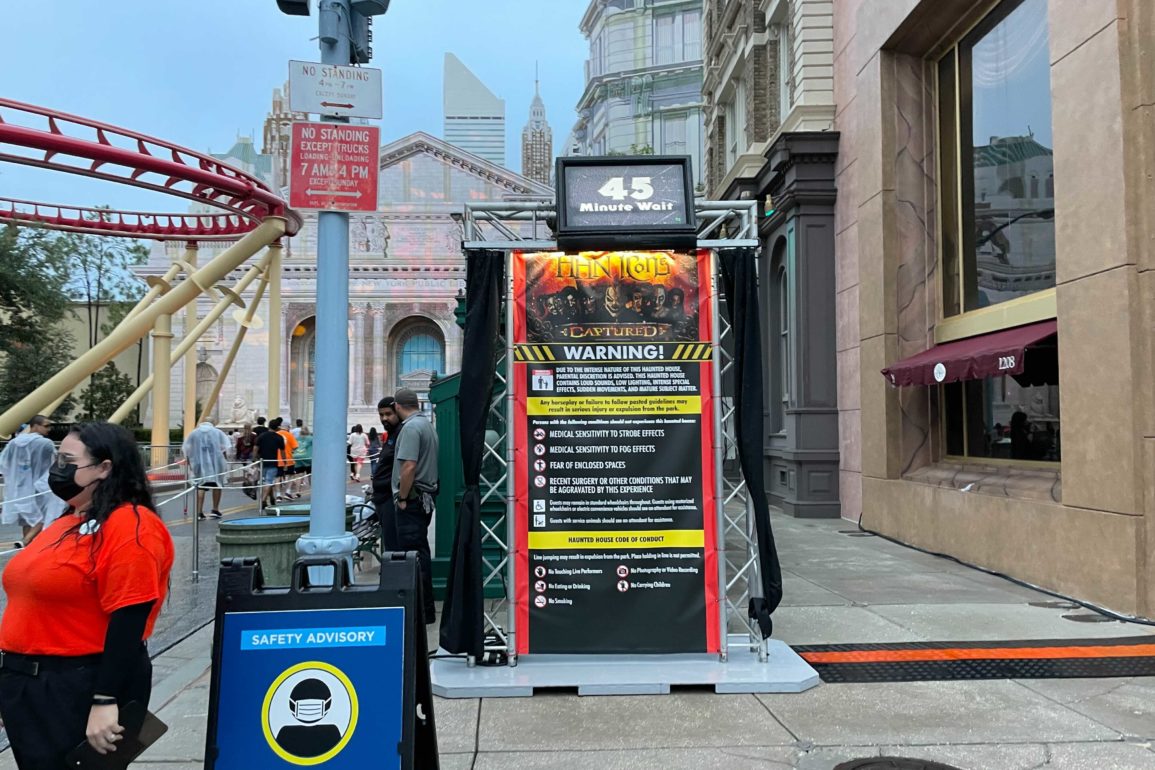 Come face to face with the vicious villains of Horror Nights’ past in HHN Icons: Captured at Universal Orlando’s Halloween Horror Nights 30.

Fear has captured all the icons in his lantern once again, and each room is themed to a different Icon. You enter the very intricate facade that’s supposed to resemble the lantern. As you go, you’ll also see “fanboys” of HHN getting tortured and murdered by the Icons.

Much like 2004’s Horror Nights Nightmares, each room brings us back to the first place we met the Icons — their commercials. Guests encounter each Icon in the process of their iconic kills.

We all really enjoyed this house. It’s perfect for die-hard HHN fans because there are so many Easter eggs and cool references. Jack was the star for sure. At the end, he was on a throne towering over you, but the Icons on the throne rotate, and you might see a different one each time. HHN Icons: Captured was one of our favorites of the night so far.

Behind the scenes fun facts from the official Production Die-ries:

The entrance for HHN Icons: Captured is in New York next to the Tribute Store, as indicated by the orange star on the map below.