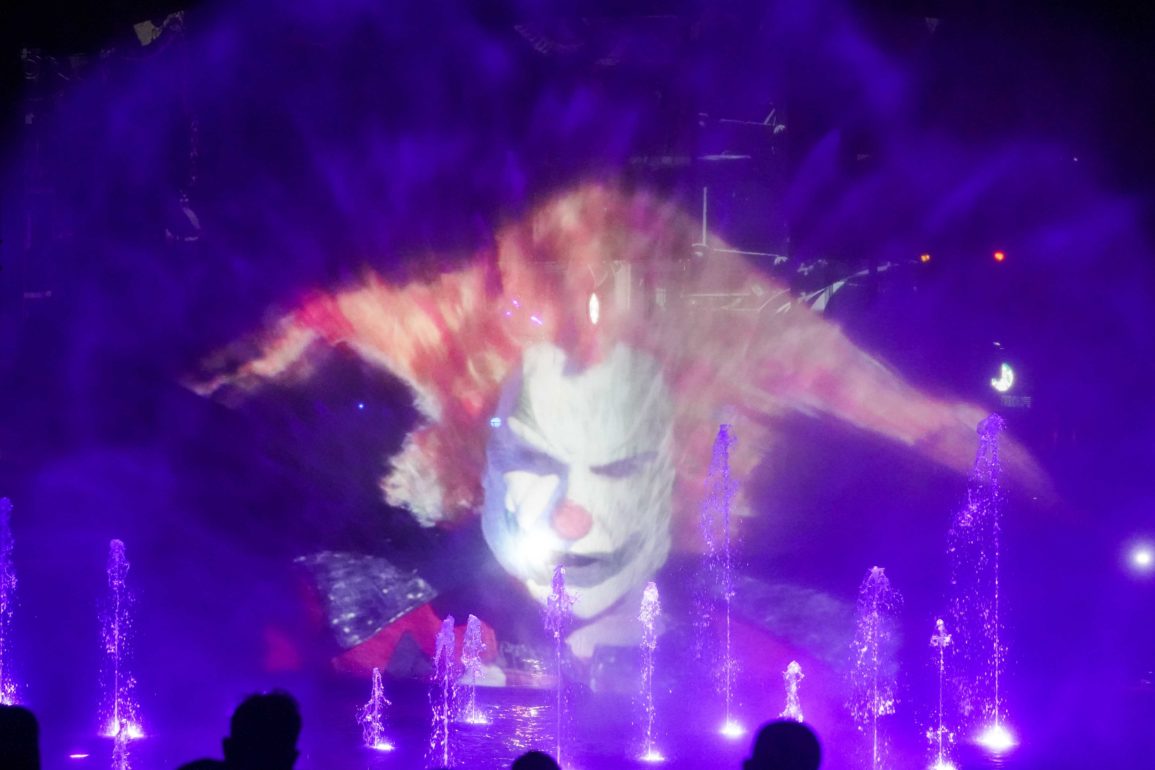 The Marathon of Mayhem lagoon show returns for Halloween Horror Nights 30 with the Carnage Factory. The show takes place on the central lagoon with the viewing area located in Central Park. The entrance can be found across the street from Mel’s Drive-in.

“There’s no manufacturing the screams as a terrifying show comes to life in Universal Studios’ lagoon. It’s a fear factory.” The show utilizes water screens and projections to showcase the horror, aided by lasers and pyrotechnics.

Among the recognizable projections are Halloween Horror Nights icons and Universal’s Classic Monsters.

There are also scenes from “Texas Chainsaw Massacre” and “Haunting of Hill House.”

Many are disappointed that Halloween Nightmare Fuel didn’t feature Jack or Chance, so if you need your fill of Jack, then the lagoon show is for you.

Still, the other Halloween Horror Nights icons aren’t featured as much as big fans would like.

It is a decent nighttime spectacular, and it’s nice that there are multiple performances.

In execution, it’s similar to Halloween Horror Nights 29’s debut lagoon show, but this year was lacking many of the familiar properties featured in the previous show. Specifically, there wasn’t as much recognizable music.

It’s a fun diversion, but not worth waiting longer than ten to fifteen minutes for.

Watch the full Marathon of Mayhem: Carnage Factory show below.

The entrance for Marathon of Mayhem: Carnage Factory is across the street from Mel’s Drive-in, as indicated by the orange star on the map below.