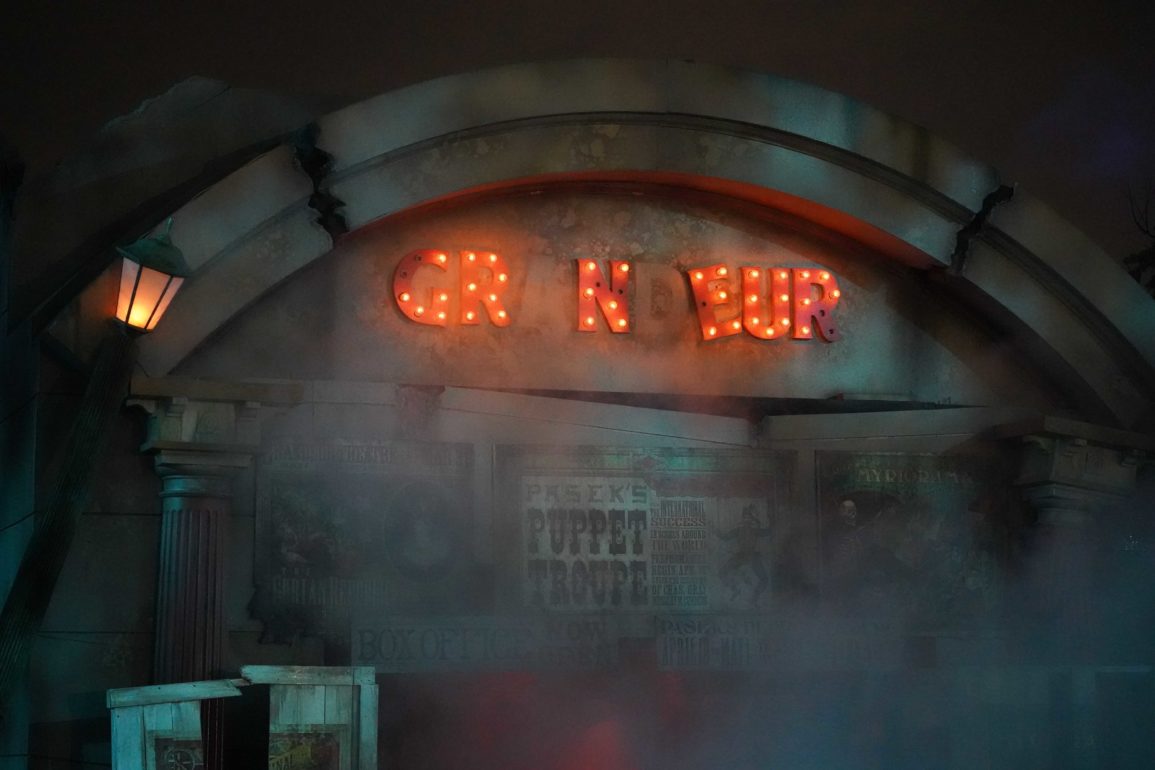 “A puppeteer and a ballet troupe trapped in a deserted theatre for years are about to turn you into a human puppet. That’s your cue to scream.”

We enter the Grandeur Theater in 1917, after an earthquake that allegedly took the lives of Pasek’s Puppet Troupe and The Gurian Republic Ballet.

An Easter egg for HHN fans can be found outside the theater with a sign that reads, “A.L. Caine & Co.,” a reference to Albert Caine (the Caretaker).

Inside the dilapidated theater, we discover survivors of the tragedy who, trapped inside with naught but puppets for company, seek a live audience.

Puppeteers popped up with different masks and produced some really great scares. It was aesthetically pretty, lending to the backstory of a grand and opulent venue. There were lots of bodies trapped under crumbling debris. Ballet dancers hung from the ceiling with their insides ripped out. Puppets were everywhere, including some formed from unfortunate victims who have come exploring.

This was a great house. There were plenty of scares, and we didn’t find the vinyl sheeting obtrusive. We all really enjoyed Puppet Theater: Captive Audience.

The entrance for Puppet Theater: Captive Audience is in World Expo near Coca-Cola Refresh, as indicated by the orange star on the map below.