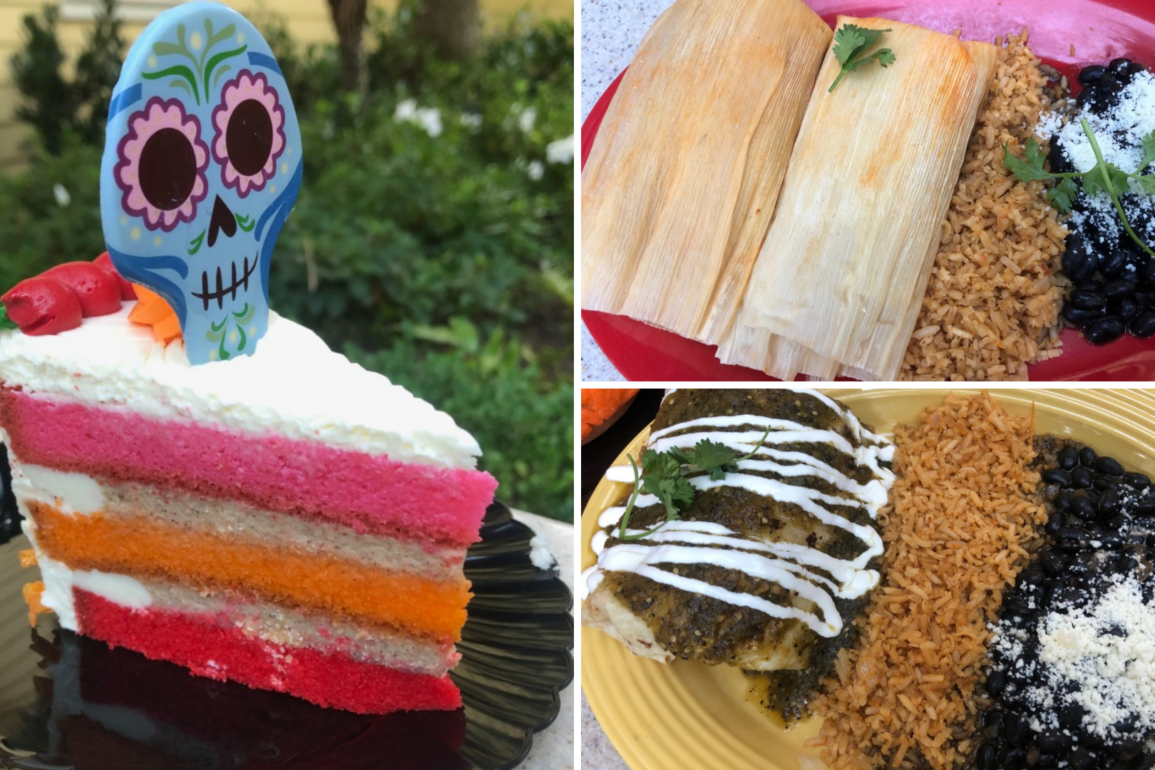 In addition to the items we reviewed below, there are also a street-style taco and cheese quesadilla for kids. 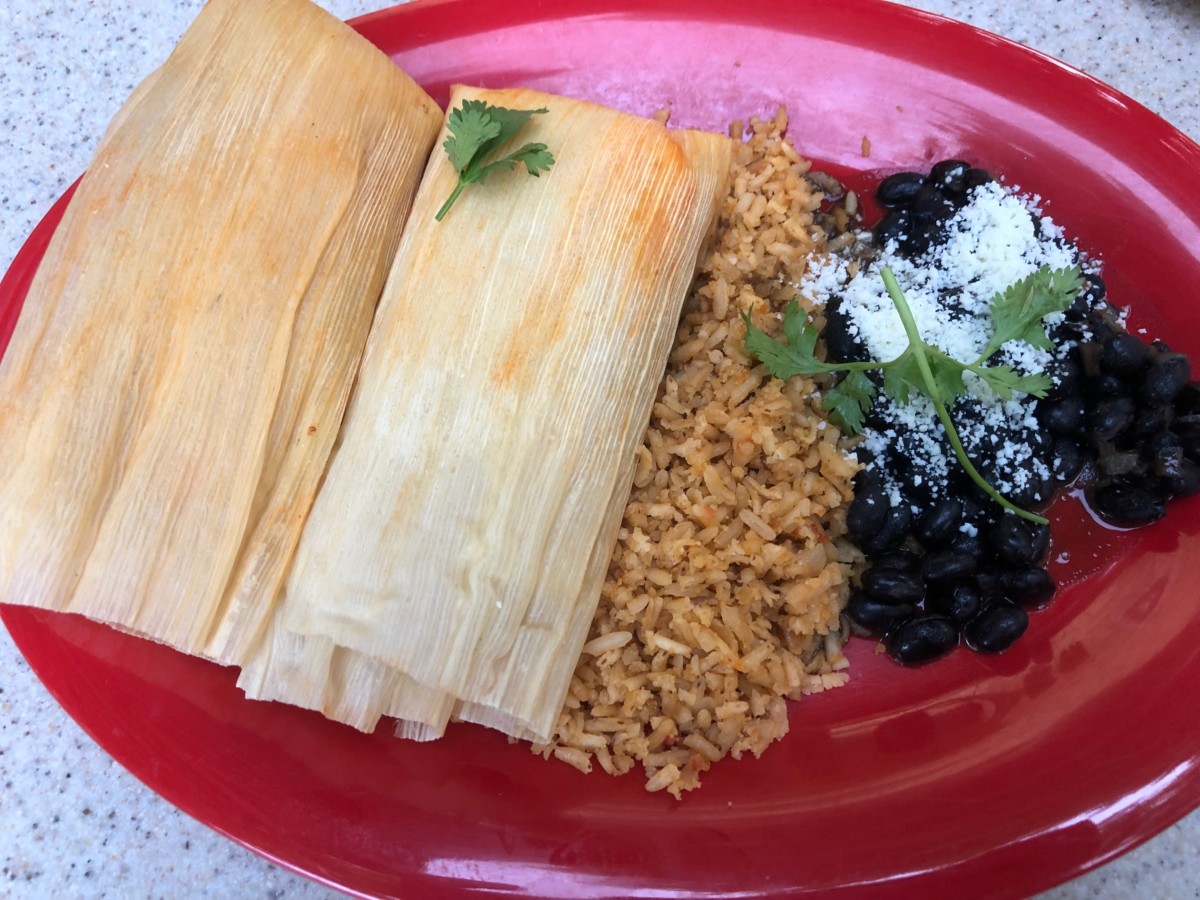 The serving size of this dish was fairly generous for the price, and with two tamales, you could easily share this meal.

The tamales themselves were great. The pork shredded apart easily and had a lot of flavor. Tamales can quickly become dried out and hard, but these were moist and easy to eat. The ratio of masa to meat was perfect.

We’d definitely get this again.

Who doesn’t love simple tacos? Here, you get three smaller street-style tacos which are so simple, they work. The sirloin beef is tender and has a good flavor. They are slightly spicy, but not overwhelming. The pickled carrots and onion add some needed texture and crunch.

Be sure to squeeze your lime all over these for a hit of acidity. If tacos are your jam, don’t hesitate to give these a try. The meat ratio is a bit small if we are going to get nit-picky, but these are a worthwhile dinner choice.

This was our favorite of the bunch. The serving is huge being cheaper than the previous two, you can’t go wrong.

The chicken was fall-apart tender and the burrito is stuffed with cheese and beans as well. The salsa verde has a slight hint of heat but is very flavorful.

Even the tortilla this beauty is wrapped in has some charred marks to make it better.

The portion is easily shared as well, so that is a plus. 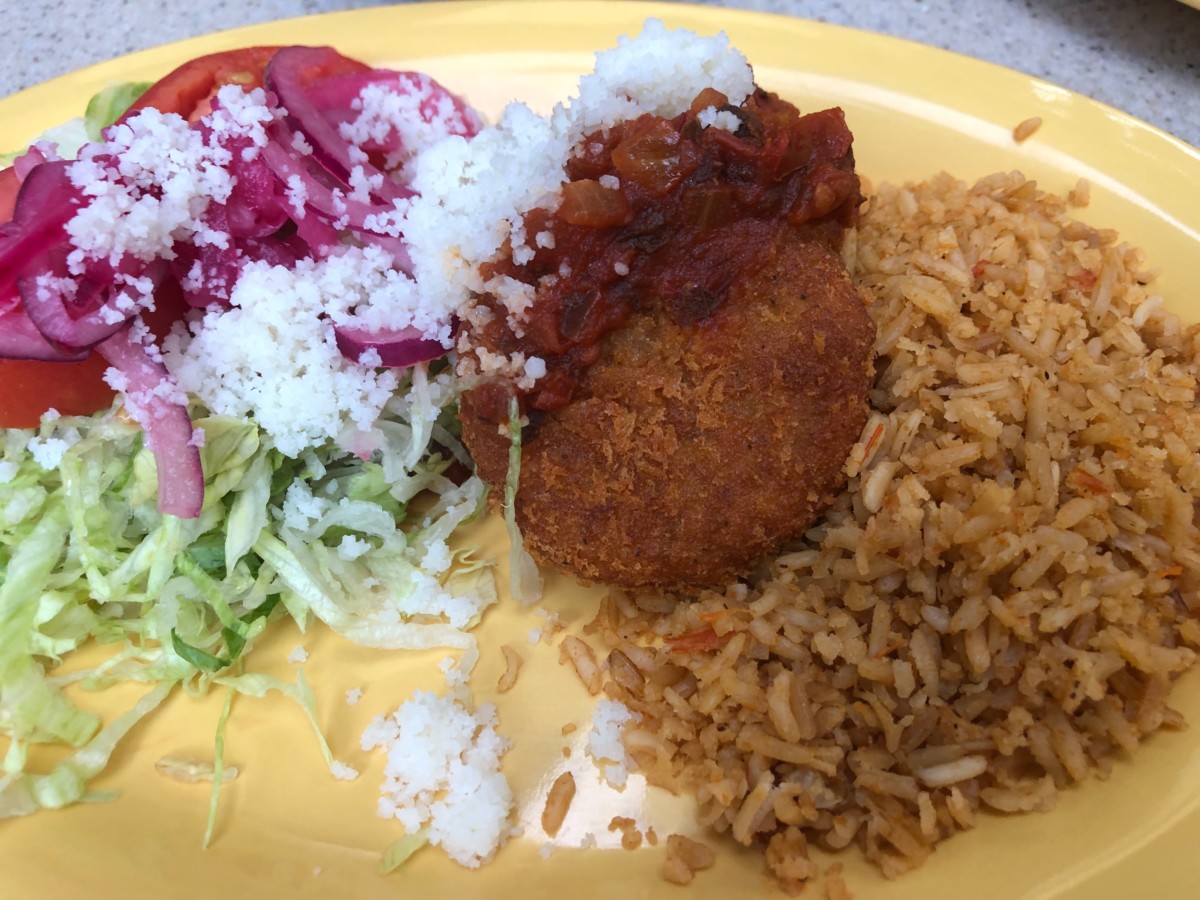 We normally don’t gravitate to vegan food, but you wouldn’t know this is vegan unless you read the menu. Think of these as fried potato cakes.

The breading was light and crispy and the inner potato was soft.

On the bottom is a spinach casserole that doesn’t really add much other than color. These were good, but probably the worst value for your money. Vegetarians and vegans would be happy with it.

The cake looked much cuter than it tasted.

There was an overwhelming taste of cinnamon. It wasn’t terrible but wasn’t great. A solid C.

We’d suggest skipping dessert here and enjoying the hot chocolate (below) or one of the other Halloween options elsewhere on property.

This is an LA classic sold at corner carts all over the city and one of our favorite snacks while exploring.

Even the fact that it is served in a cup is very “street vendor”, which is perfect.

The chile-lime salt and chamoy are really what tie it all together and make this a Mexican dish instead of just sliced fruit, though they are optional when ordering.

As with any fruit salad, it comes down to the fruit quality, which depends on the season. The watermelon is almost out of season, but still good. The pineapples are sweet and juicy. The mango could stand to be riper. It was a little tough and flavorless. The cucumber may throw some people as it’s not usually found in a fruit salad, but it is common at frutas stands. As is jicama, which is listed in the description but wasn’t in our cup.

Overall, this is a good traditional snack perfect for the hot weather.

The Mexican hot chocolate is also a returning item. It was delicious, even on a hot day. It was rich and chocolatey, with subtle hints of cinnamon. The whipped cream topping added even more richness as it melted into the drink.

It also wasn’t too sweet, as most Disney drinks tend to be. Kids and adults alike should be happy with this.

This was previously available at Rancho del Zocalo as the Jamaica Freeze. This is your typical Disney frozen drink. There is no description as to what the flavor actually is. Between the three in our group, all we could come up with was that it was like drinking a flower. There is a candied hibiscus on top, so definitely some hibiscus notes. We found it too sweet, but on a hot day, it would be enjoyable, that is, if you like flowers. For the price though, we would skip it unless you really enjoy slushie drinks.