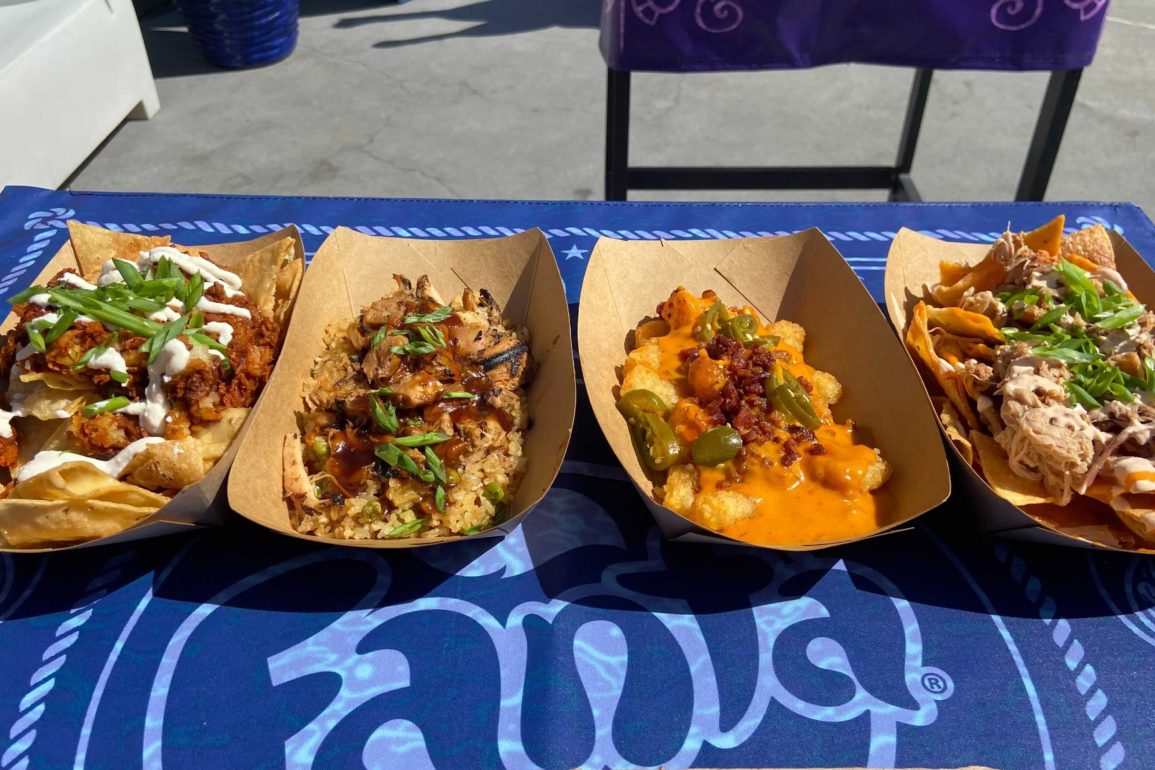 Halloween treats are plentiful this year at Disney California Adventure, but if you’re looking for something savory, don’t worry. There are plenty of options, four of which can be found at Studio Catering Co.

The Hawaiian BBQ Chicken was amazing. The chicken was a tad dry, but the soy-ginger glaze is great! The fried rice was sticky and moist with veggies. It wasn’t very crisp for fried rice, but it still has a lot of flavor.

These were really good if you really like spicy food. It’s top-level spice. The tater tots were crisp, and we cannot understate how spicy the cheese sauce was from the ghost peppers.

The carnitas nachos are great. A solid plate of nachos. We appreciate the handmade tortilla chips. The red pepper cheese sauce was a good complement to the moist carnitas. There are a ton of carnitas, so it was well worth the money. We would absolutely get these again.

Unfortunately, the vegan nachos were a miss. The vegan cheese was not good. The soy-based chorizo was good, though, and the crema gives it some brightness. If you’re vegan, this is a fine choice; we just wish they had a better “cheese” sauce.