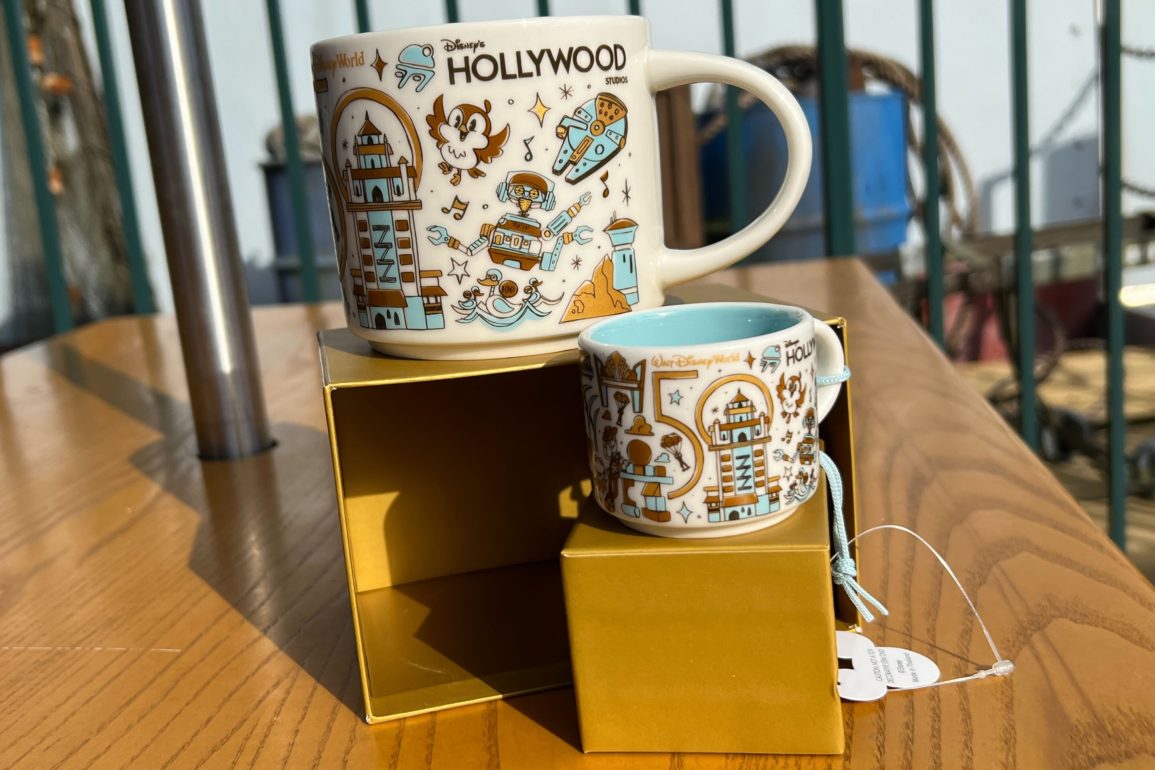 Coffee lovers can now enjoy a cup with a special Disney’s Hollywood Studios flare. The new 50th anniversary Starbucks Been There Series is available at the Trolley Car Cafe. The set also features a mug ornament.

These mugs feature many favorite attractions and characters found throughout Disney’s Hollywood Studios.

The mug itself is white, and the characters are all painted in gold, blue, and some brown. The Walt Disney World 50th anniversary logo is featured prominently on one side.

The inside of the mug is turquoise.

The box features a guide to which attractions are featured on the mug.

The ornament is an exact replica of the mug, but just a cute, smaller version.

Check out the new Starbucks Christmas tumbler and matching ornament that also just came out over at Magic Kingdom.

Next
PHOTOS: Fantasyland Theatre Sign Under Refurbishment at Disneyland Resort