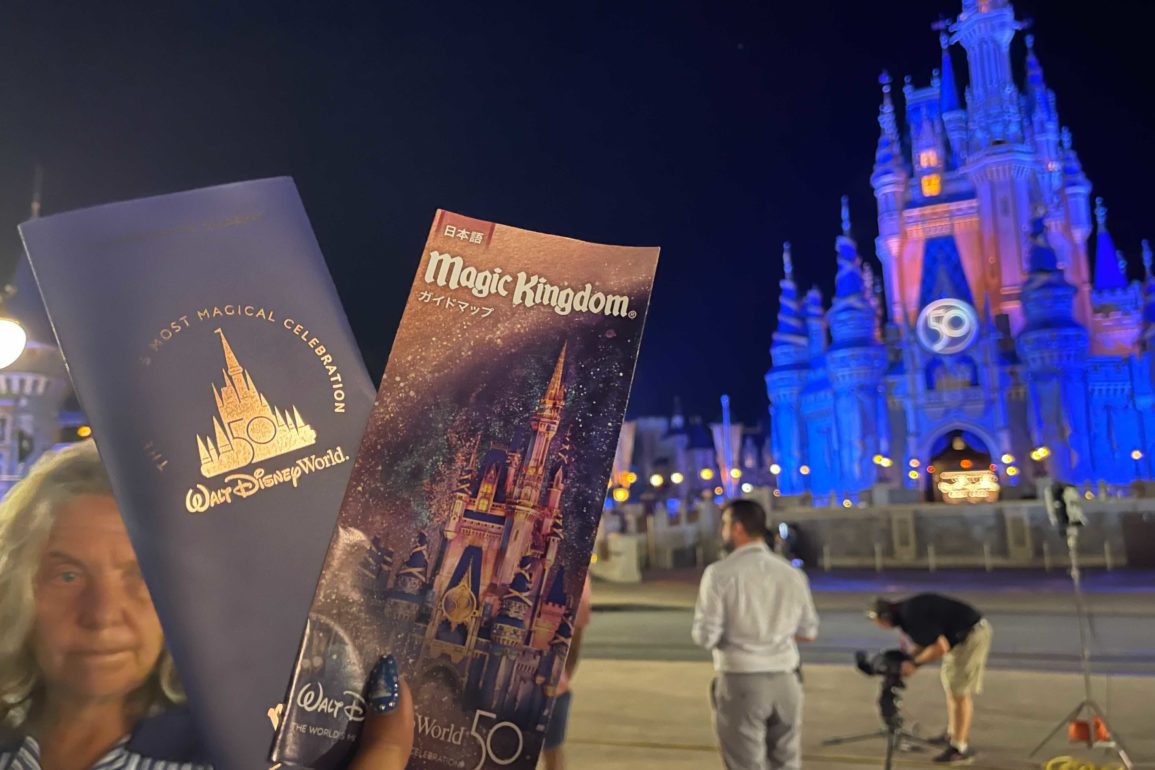 In honor of the 50th anniversary of Walt Disney World today, guests at Magic Kingdom can currently pick up a commemorative map listing some of the special October 1 offerings.

The commemorative map (left) is separate from the new standard map (right).

The commemorative map is a dark blue with a minimalist cover featuring the 50th anniversary logo. The date, October 1, 2021, is at the bottom, below the Magic Kingdom logo and Tinker Bell.

Unfolded, the map lists some of the new 50th anniversary offerings.

These offerings include the new Mickey’s Celebration Cavalcade, Disney Enchantment, and the Cinderella Castle Beacon of Magic. Available today, October 1, only is a commemorative poster.

The rest of the map has some EARidescent touches but is otherwise standard.

Feathered Friends in Flight Will Close for Refurbishment this September in Animal KingdomAugust 8, 2022
Mickey Mouse: The Main Attraction Space Mountain Ears, Plush, and Pin Arrive at Disneyland ResortMarch 15, 2022
PHOTOS, VIDEO: Get Your Groove On in a Dance Off with the Guardians of the Galaxy in Avengers Campus...July 18, 2022