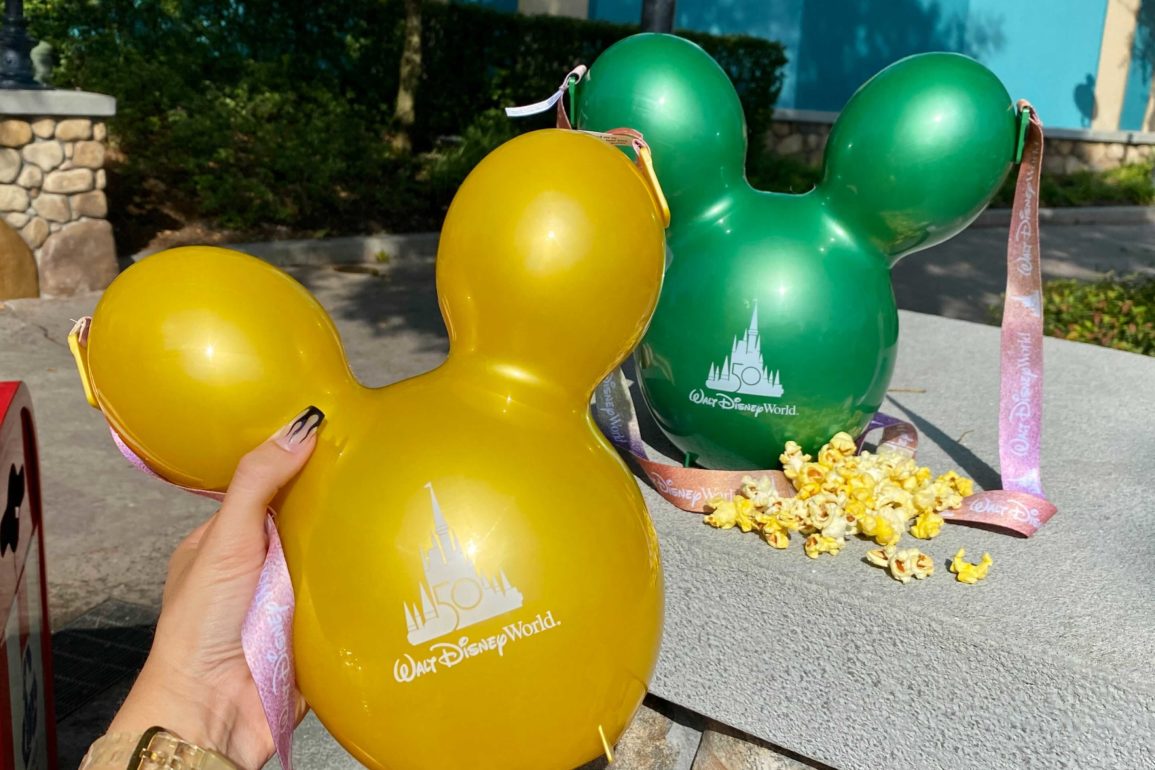 Two more Mickey balloon popcorn buckets are now available at Magic Kingdom. Last week, blue and pink buckets were released, while these new ones are gold and green.

The gold bucket was available at the Storybook Circus popcorn cart, while the green one was available next to Big Thunder Mountain Railroad.

Both are $18 including popcorn.

They both have the 50th anniversary Cinderella Castle logo on the front.

The Walt Disney World logo is beneath it.

The Magic Kingdom logo is on the back.

This is also where it opens to put popcorn inside.

The strap is pink with the 50th anniversary and Walt Disney World logos alternating.

Both buckets have a slight sparkle to them.

What is your favorite 50th anniversary Mickey balloon popcorn bucket so far? Let us know in the comments.