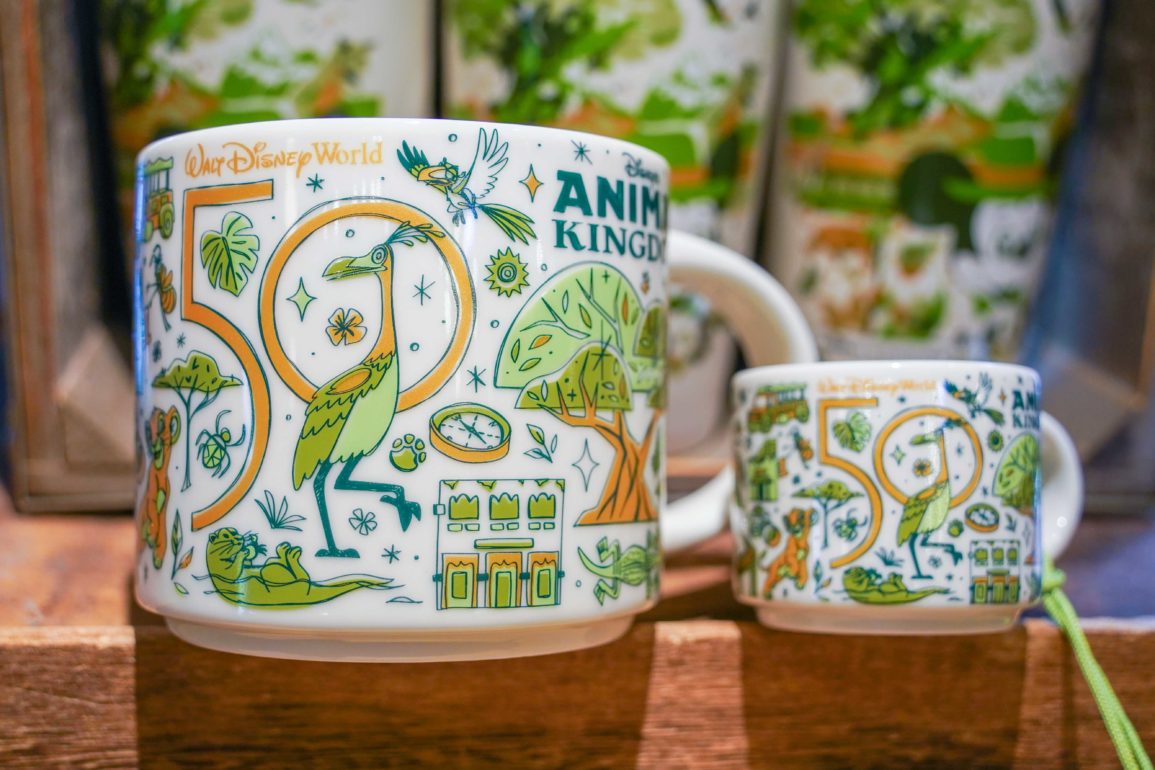 Fans of the Starbucks “Been There Series” will want to stop by Creature Comforts as a new Animal Kingdom mug and matching ornament have debuted, celebrating the 50th anniversary of Walt Disney World.

The mug and matching ornament feature the same design.

A lot of Animal Kingdom imagery is packed onto the mug, with the Tree of Life, “Disney’s Animal Kingdom,” and 50th logo most prominent. Also visible are an assortment of animals, a Wilderness Explorer’s pennant, a safari hat, Kevin from “Up,” characters from “The Lion King,” a ride vehicle for Kilimanjaro Safaris and Kali River Rapids, the Carnotaurus from DINOSAUR, and more.

The ornament is the same as the mug but in miniature.