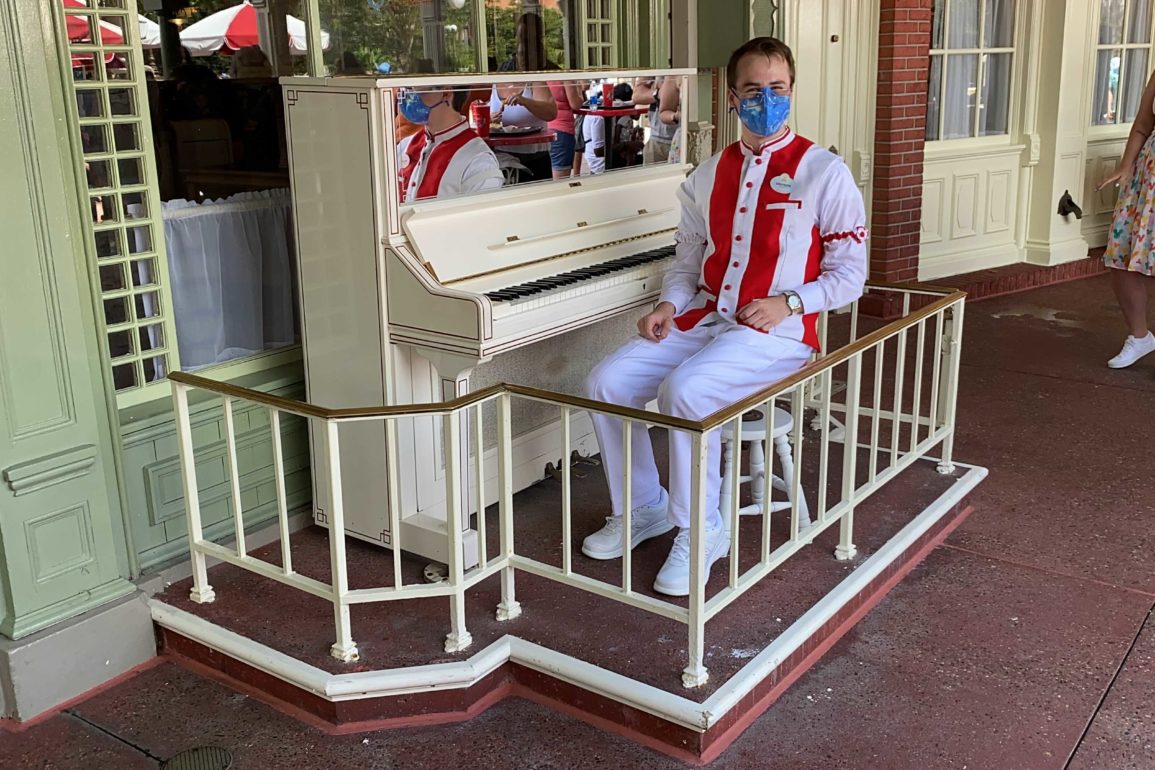 Batter up! After being missing for over a year and a half, the pianist has returned to the lineup at Casey’s Corner in the Magic Kingdom. On October 1, we caught a set from Randy, a pianist who played on opening day 50 years prior, as seen in the Tweet below.

We stopped by again to listen as the newcomer stepped up to the plate and were not disappointed.

When we visited, the musician performed a twenty-minute set chock full of hits, including “Grim Grinning Ghosts” from The Haunted Mansion and highlights from “The Little Mermaid,” while also taking requests from the crowd.

Additionally, he called up a rookie to the roster, performing an arrangement of “The Magic is Calling,” the anthem for Walt Disney World’s 50th anniversary.

The song can be heard during the evening “Beacons of Magic” presentations at all four theme parks, performing light and projection effects on each park’s icon. Another musical mainstay of the Magic Kingdom, the Dapper Dans, are also putting their spin on the tune.

Watch the full set in the video below!

Next
PHOTOS: Gutting of Former Temporary MouseGear Underway at EPCOT