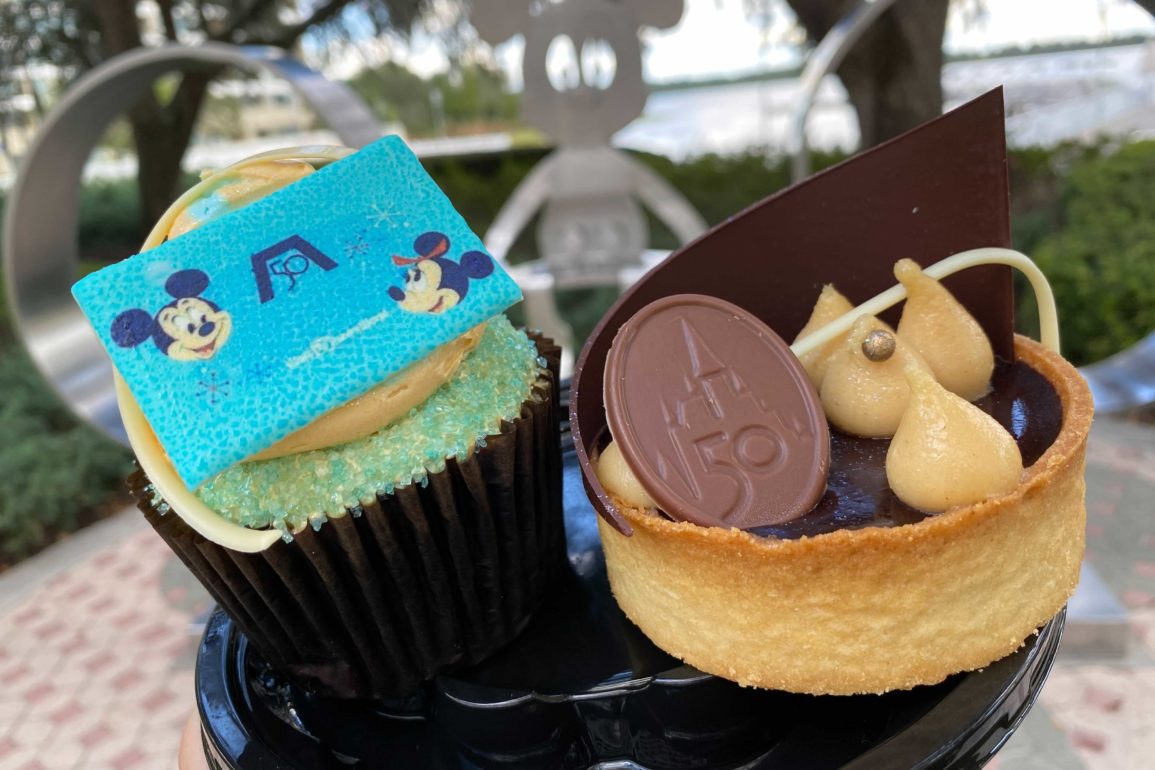 Contempo Cafe has a display of some of their treats at the front of the restaurant.

We wish this cake was a little moister.

The filling is nice and the German chocolate flavor is obvious. Coconut and walnuts are not in short supply inside this cupcake.

The white chocolate garnish was sweeter than some other Disney cupcake garnishes. The icing was too sweet as well.

With the sugary sprinkles, the toppings of this cupcake took it overboard, but the cake and filling were good.

This one is definitely for peanut butter lovers. It’s a copy of Contempo Cafe’s previous peanut butter pie, but with some extra garnishes.

It’s heavy on the peanut butter flavor and completely lacking in banana. The shell is nice, buttery, and well-made.

The chocolate complemented the peanut butter well but does add to an already rich dessert.

More of a banana taste would have helped to cut the rich chocolate and peanut butter.