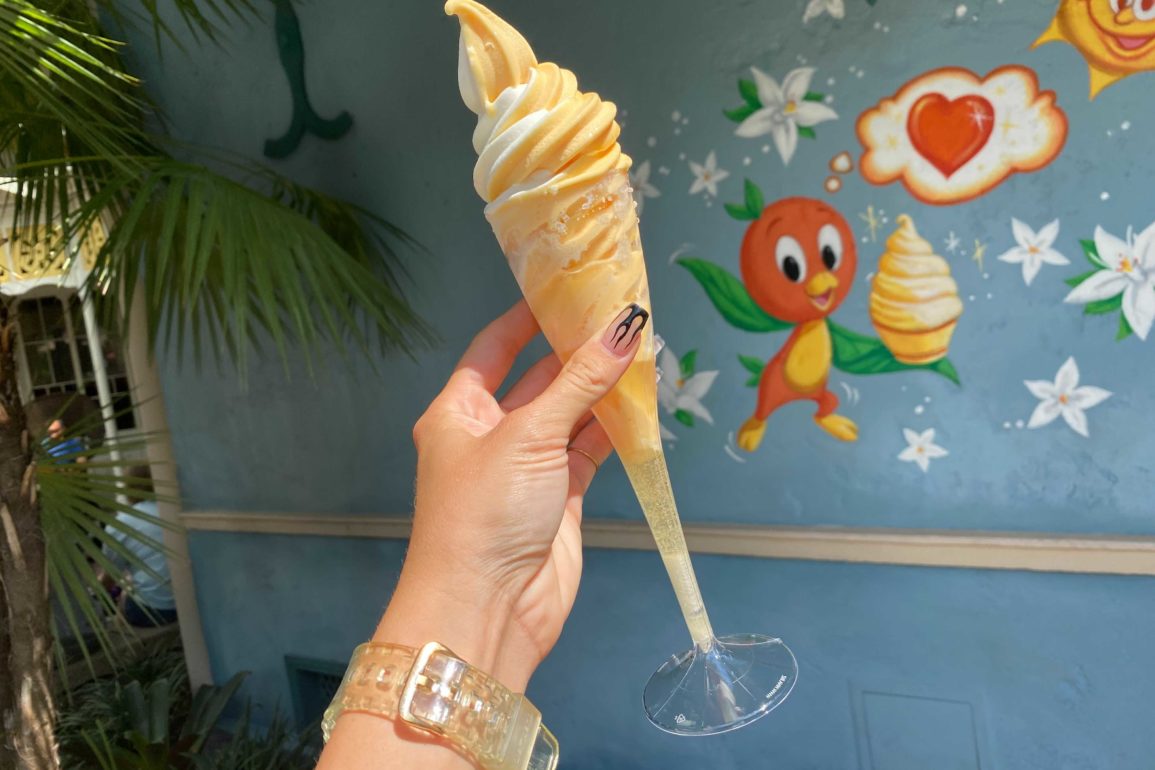 Raise a glass to the 50th anniversary of the Magic Kingdom with the fanciest Dole Whip float we’ve seen — the Sparkling Sunshine from Sunshine Tree Terrace.

The orange cream Dole whip is the same as on the regular menu, but what really sets this float apart is the sparkling apple cider. It’s sweet with a hint of sharpness from the carbonation and pairs very well with the orange cream.

There wasn’t much of the EARidescent sugar around the rim, but every so often, you get a crunch from the edible glitter.

The “champagne” glass is nice aesthetically, but you have to eat quite a bit of the Dole whip before getting to the cider. It would have been better taste-wise in the standard float cup.

Overall, this is an awesome snack to beat the heat. We will be coming back for this again and again.