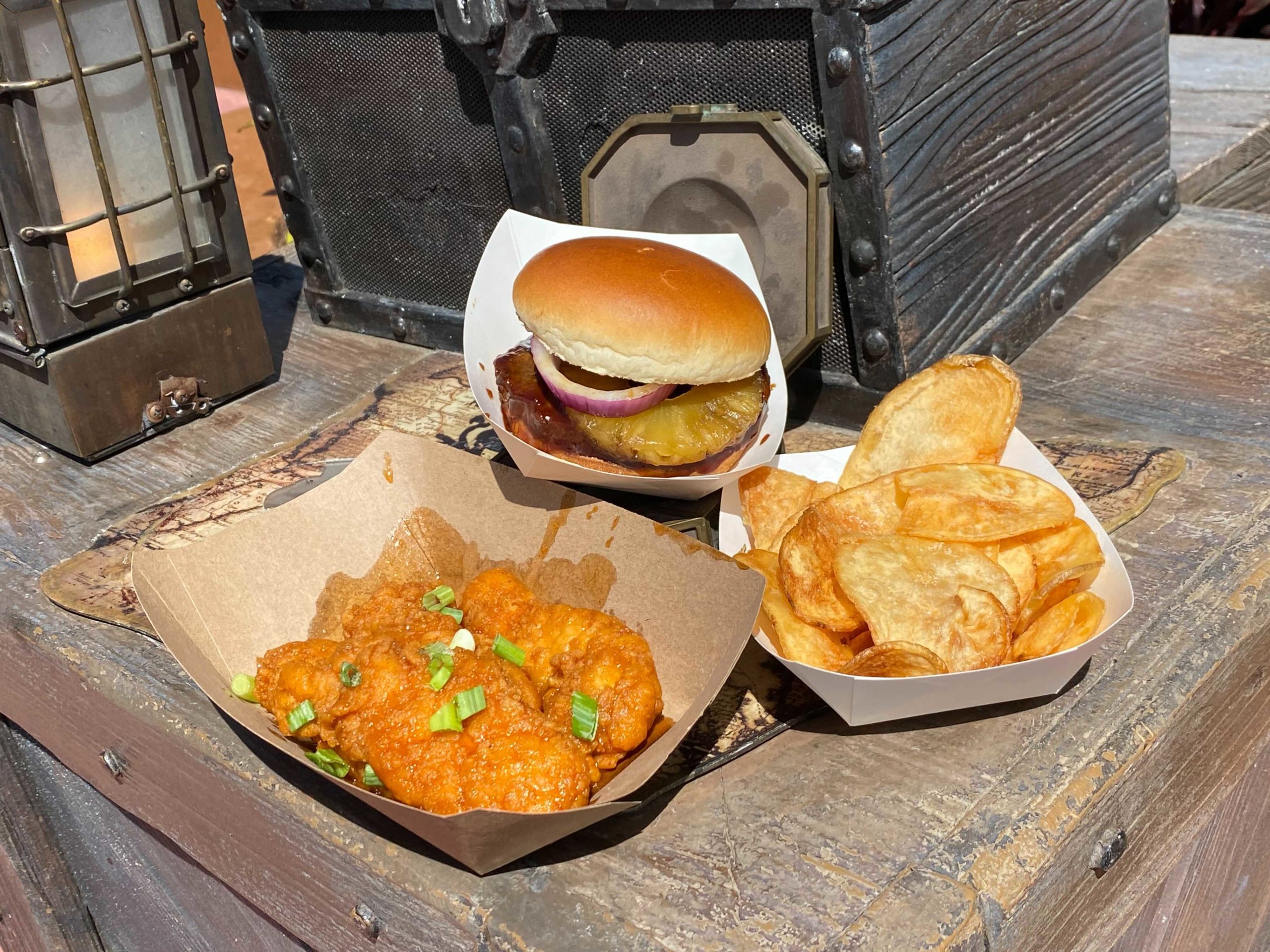 To celebrate the 50th anniversary of Walt Disney World, food and beverages celebrating the history of the Magic Kingdom have been added to menus across the park. At Tortuga Tavern in Adventureland, two favorite dishes from the former Adventureland Veranda restaurant are now available.

While the chicken was crispy, it was slightly dry, and there was something left to be desired from the sauce. There was barely any flavor, even after dredging it in the residual sauce on the bottom. It’s unfortunate because you could taste a kick of spice at the end and a lingering orange sweetness. If they had added a stronger flavor profile to these, they would be awesome! It’s still not a bad choice, especially if you’re a fan of the Asian-style chicken.

Unlike the chicken, the Teriyaki Burger has enough sauce on it to please. We also enjoyed the pineapple and red onion, but just like the plant-based Burger to the Moon from Cosmic Ray’s Starlight Café, this could use more crunch.

When you do get a bite of the pineapple and red onion with the teriyaki burger in one, it’s delicious. Those bites are very few and far between because there was only one slice of red onion.

The burger patty itself is cooked well, but the teriyaki sauce was a little too sweet with nothing else to cut it aside from the solitary onion. Overall still a decent choice, but more red onion would go a long way for the texture and flavor profiles.

The chips served with both dishes are the same chips that served with everything here, but unfortunately, ours were a little stale. Overall, these are not bad options. They have a good base going, but if they added a little something extra to these, they would really go the distance. Between the two, the chicken is our favorite, and we’d get it again. If we got the burger again, we’d be sure to ask for extra onion.