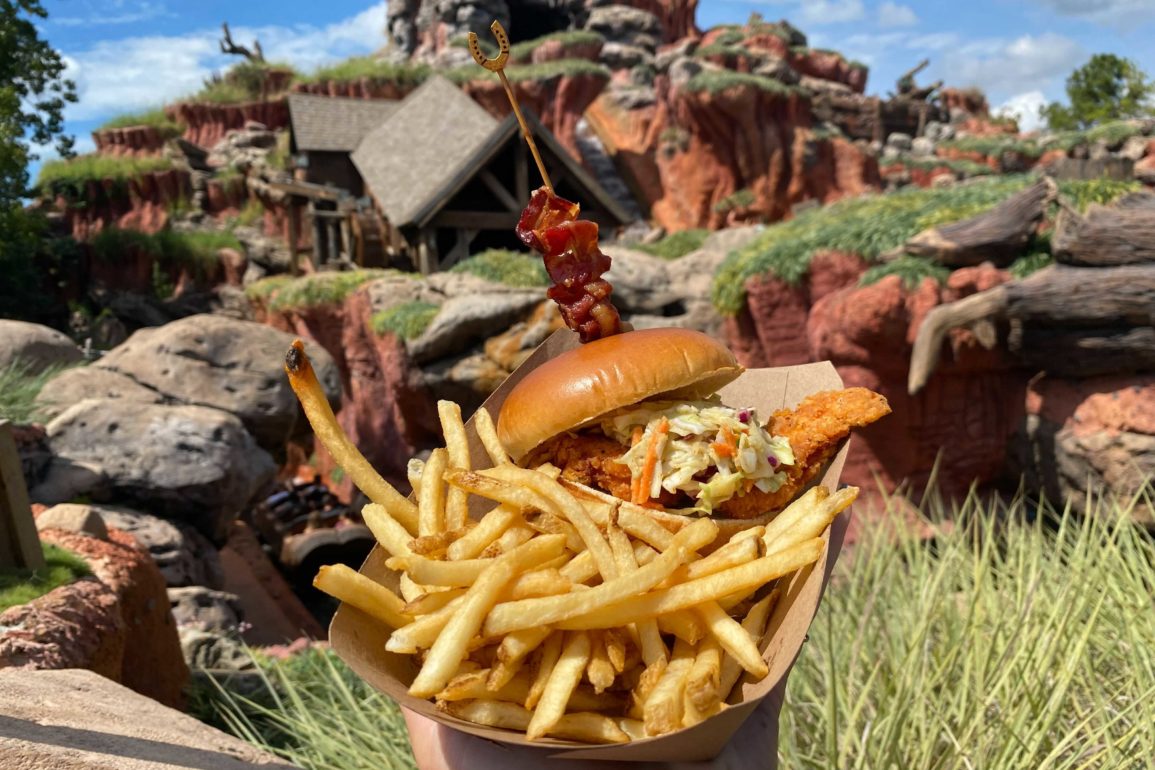 Golden Oak Outpost at the Magic Kingdom is celebrating the park’s 50th anniversary with the Pecos Bill Widow Maker. The name is a fun bit of wordplay, as a “widowmaker” meal usually implies something high in cholesterol (like this fried chicken and bacon sandwich), and Widowmaker is Pecos Bill’s trusty horse companion.

The bacon was slightly crunchy on the ends but a little too chewy on the fattier parts, almost as if it had been left out too long.

This chicken definitely has a kick. It’s crunchy, and the chicken isn’t dry, but the slaw could use some work. It’s advertised as maple mustard, but the spice from the chicken completely overpowers all other flavors. It’s not hot, per se; it’s just spicy for Disney standards.

The fries are your basic Disney fries. Overall, we enjoyed the chicken part of the sandwich where the spice was prominent, but the slaw and bacon brought nothing to the table.

It’s not a bad dish, but we wouldn’t come back for it again.