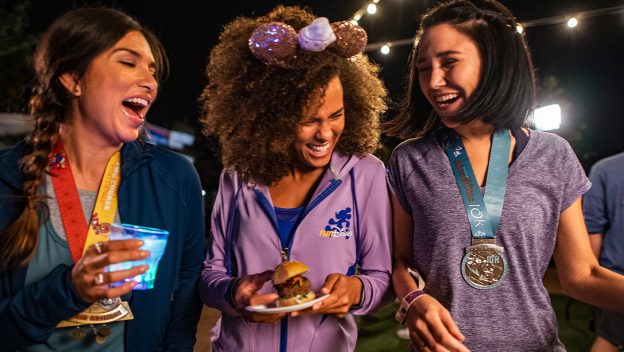 Running is finally returning to Walt Disney World next month. And runDisney is celebrating by throwing an after party after the first race weekend at EPCOT. According to the Disney Parks Blog, this villains-themed after party will include after-hours access to select attractions, character sightings, and specialty food and beverages.

Party-goers will also be able to taste their way around the World Showcase and even catch a viewing of the new nighttime spectacular, “Harmonious”.

The party will run until 12:30am and will include access to select attractions including Remy’s Ratatouille Adventure, Test Track, and Frozen Ever After. Spaceship Earth will be lit up as a Beacon of Magic. And there will also be villainous character sightings around the park.

Participants of the Disney Wine & Dine Half Marathon and Disney Two Course Challenge will automatically receive entry to the party with their race registration. Additional tickets can be purchased at runDisney.com.

Check out photos of the 2021 runDisney Wine & Dine Half Marathon Disney Villains medals that the runners will receive.