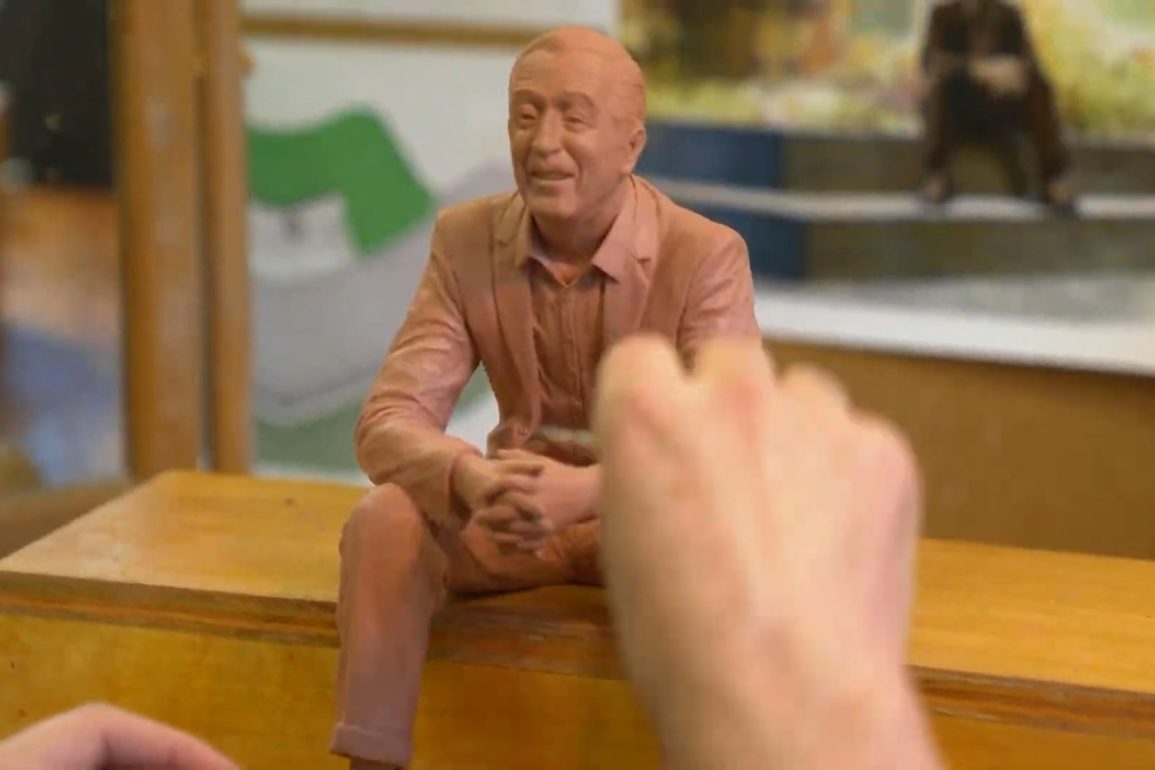 PHOTOS: Behind the Scenes Look at the Sculpting of New Walt Disney Statue Coming to World Celebration at EPCOT

At EPCOT, in an area of World Celebration called Dreamer’s Point, a new statue of Walt Disney will be found. Just outside the Creations Shop and the upcoming Connections Café and Eatery, the statue will be seated on a step, looking out over the park.

The statue’s design and fabrication are currently underway, and at the Destination D23 event today, Disney Parks President Josh D’Amaro gave guests a look at the process.

In a video shared at the event, Imagineer and master sculptor Scott Goddard was shown putting the final touches on the clay model of the statue, “getting Walt’s pose and expression just perfect,” D’Amaro said.

The statue will be found in Dreamers Point just behind Spaceship Earth, as seen in a piece of concept art from a time before the Festival Center project was shelved.

Next
PHOTOS: Meet Gaya, the ‘Galactic Superstar’ Who Will Perform on the Star Wars: Galactic Starcruiser