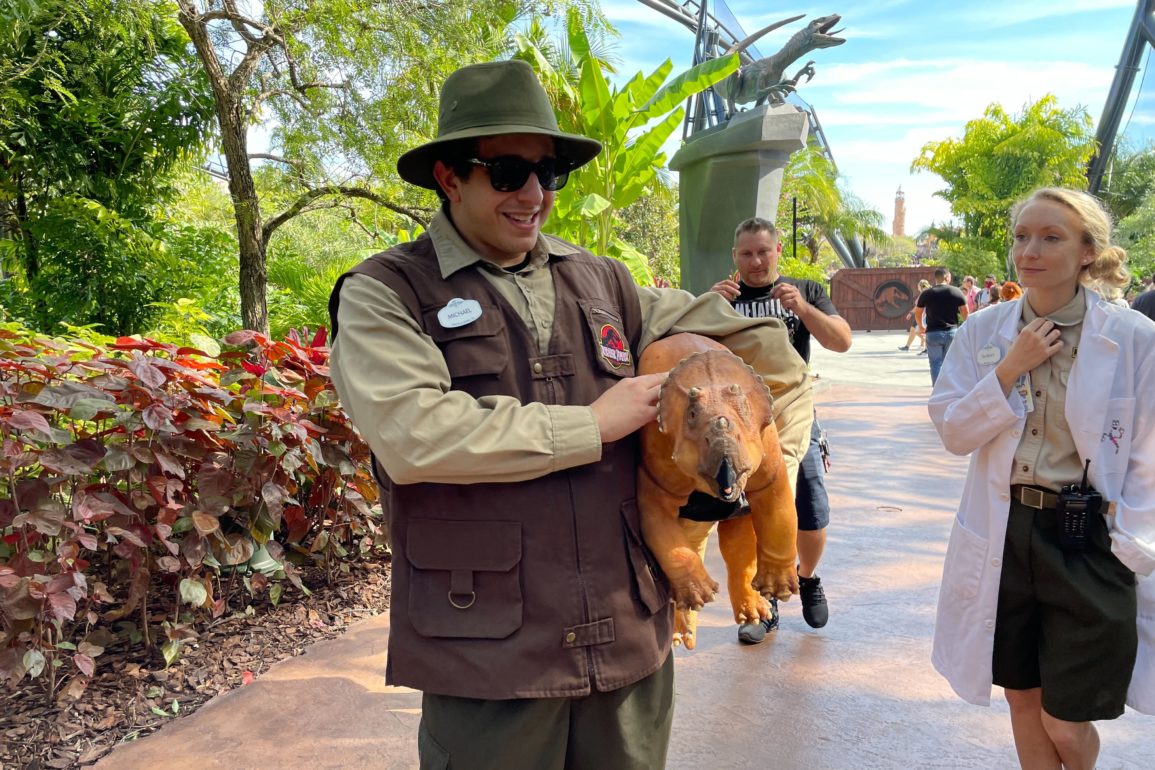 Welcome to another beautiful day at the Universal Orlando Resort! We headed into the parks to pick up two buttons that have been released for a limited time.

The first button is the UOAP exclusive button for the month of November, which pays tribute to the former Twister attraction.

The second button is inspired by Revenge of the Mummy; this button was previously released last year.

After picking up our buttons, we headed around Universal’s Islands of Adventure to check out what’s going on.

The crowds are beginning to grow in Hogsmeade.

The crowds continued across the bridge into Jurassic Park as well.

A long line can be seen outside of Jurassic Park Popcorn.

Even with larger crowds, the wait times stayed relatively low.

We popped into the Discovery Center and found that the Jurassic World VelociCoaster baseball cap has been restocked.

We saw some Team Members taking a baby triceratops on a walk around Jurassic Park. So cute!

The Incredible Hulk Coaster was delayed this afternoon for an undisclosed reason.

The closed attraction created quite the confusion amongst guests.

Heading next door, we noticed the Halloween Horror Nights house posters have been removed from the Universal Studios Florida entrance.

The spooky season may be over, but you can reminisce the scares with discounted HHN merchandise.

Select Halloween Horror Nights merchandise has been discounted to 50% off.

Continuing through the park, streets are quiet and crowds are small.

Crowds are sparse in Diagon Alley as well.

Harry Potter and the Escape From Gringotts was only a 10 minute wait time.

We always love ending our day watching witches and wizards practicing their spells around Diagon Alley!

See you next time! Make sure you stay tuned to Universal Parks News Today for all the latest updates.