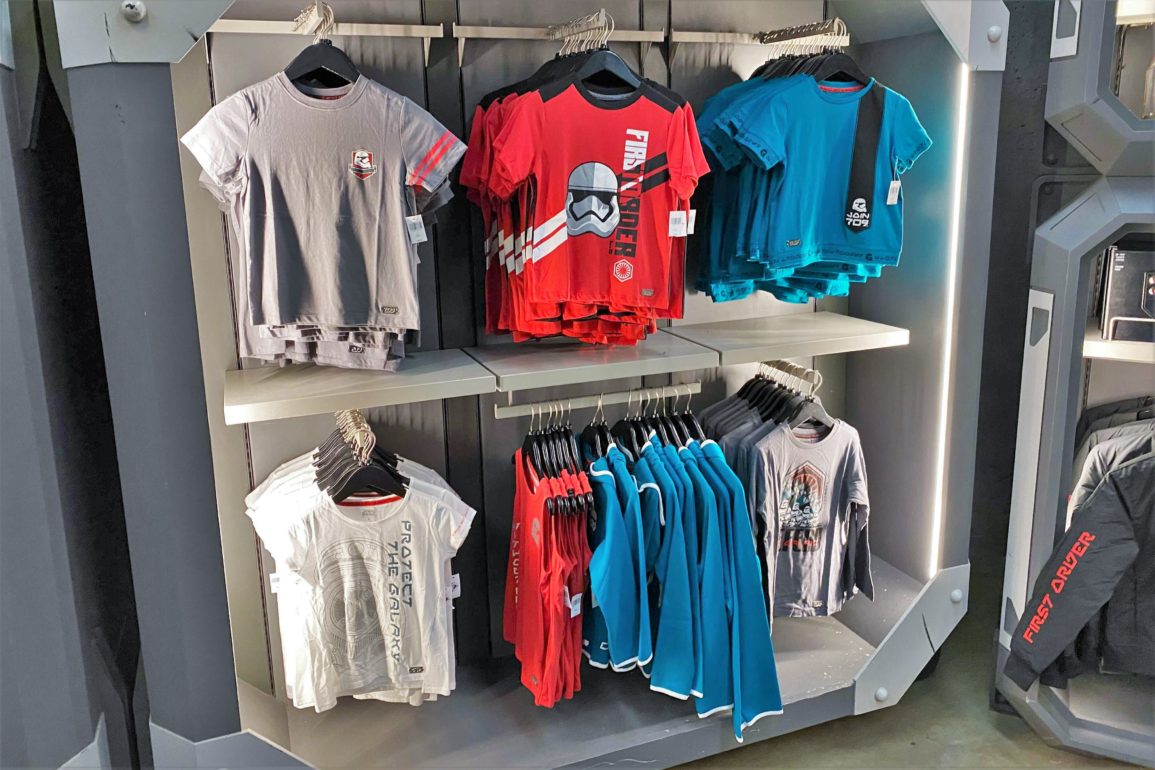 Everyone knows that the First Order are the latest versions of an evil empire bent on conquering the Star Wars galaxy. And if you’re looking to rep that evil empire on your next visit to Walt Disney World, look no further than this stellar new collection of First Order-themed apparel that we found at Disney’s Hollywood Studios!

The back says “Protect the Galaxy” flanked by “First Order”.

On the front is an insignia for the First Order’s Stormtrooper legion.

And each item comes with a metal tag that says “709th Legion”.

This shirt is red with black and white stripes that change on each side of the two-tone Stormtrooper helmet. “First Order” is written down the side along with the First Order’s insignia.

This hoodie is solid blue on the left hand side and has two large white stripes on the right.

The lower section of the hoodie reads “Black Spire Outpost” in Aurebesh.

The back reads “Without equal” in Aurebesh.

The front once again bears a Stormtrooper crest with “Without Equal” in Aurebesh on top, “First Order” on the left, and “Red Fury” on the right. The left-hand side of the jacket reads “Black Spire Outpost” in Aurebesh.

Set coordinates for First Order Cargo on Batuu at Disney’s Hollywood Studios to spend your hard-earned credits on these, quite a fitting location considering the nature of this gear. Are you excited to rep the First Order? Let us know in the comments below!

Previous
BREAKING: Blueprints Leaked for Guardians of the Galaxy: Cosmic Rewind at EPCOT