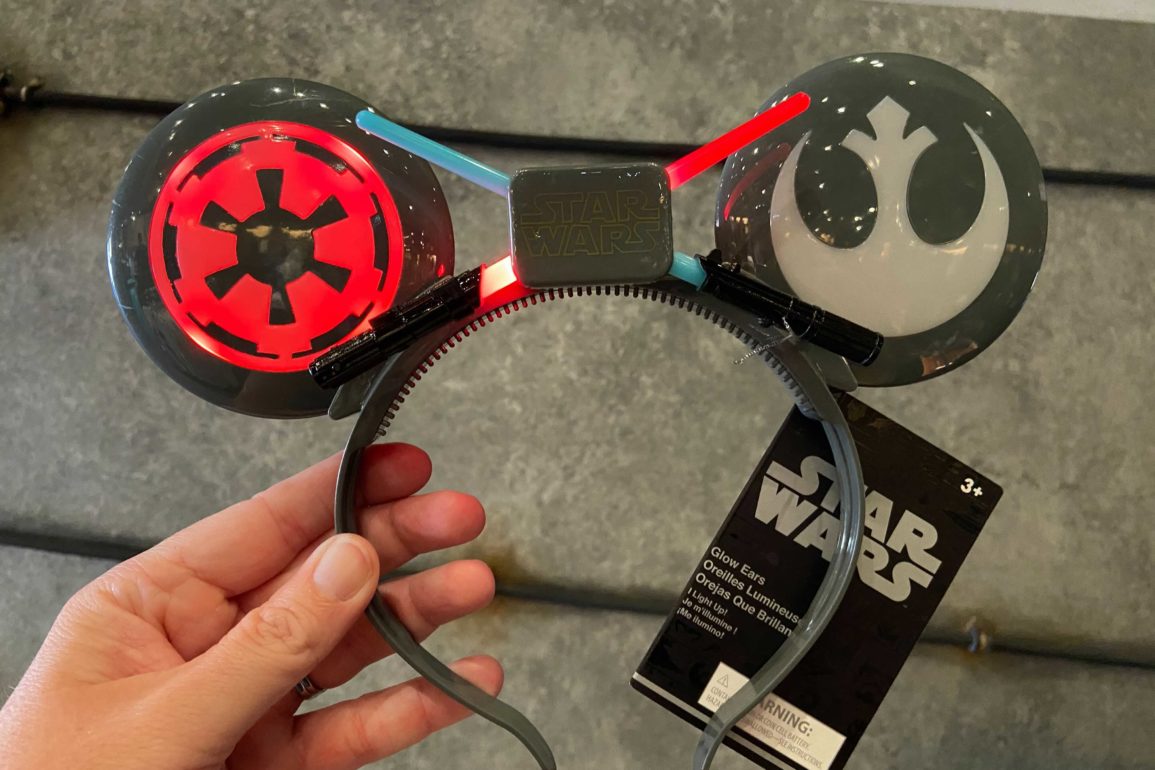 Star Wars’ eternal struggle between the light and dark side has been immortalized in a new set of glow ears now available at the Disneyland Resort.

The ears depict a blue and red lightsaber locked in combat, while each ear takes a different side.

The left ear shows the symbol of the Galactic Empire…

…while the right ear has the symbol of the Rebel Alliance.

A switch on the top allows the ears to glow, alternating between sides. The Empire side and lightsaber light up in red.

The Rebel side and lightsaber have a blue glow. The ears retail for $20.42, and we found them at the Star Wars Trading Post in the Downtown Disney District.

For more merchandise from the world of Star Wars, check out this recent report, which features ponchos from Endor, Datapad phone cases, and more!