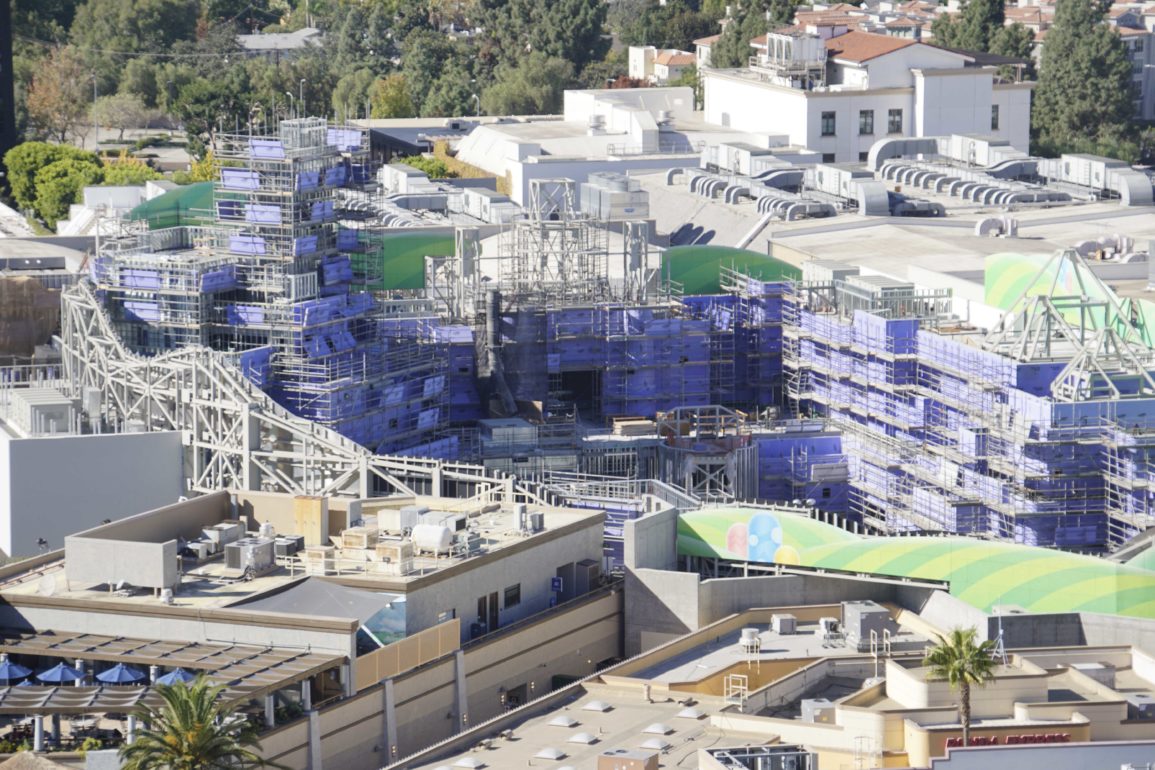 Since our last look at Super Nintendo World in Universal Studios Hollywood, tons of blue-purple paneling has been placed throughout the future land.

The paneling is covering most of the walls on the lower sections of the land.

Not all of the paneling is permanently installed, as seen on the tower, where some paneling is leaning to one side.

The paneling is eXP moisture-resistant sheathing. It’s the first layer of a wall for weather-proofing.

With Super Nintendo World being walled up, we may not be able to see as much interior construction, but it’s good to see such major progress to the land.

No opening date or year has been announced for Super Nintendo World at Universal Studios Hollywood.