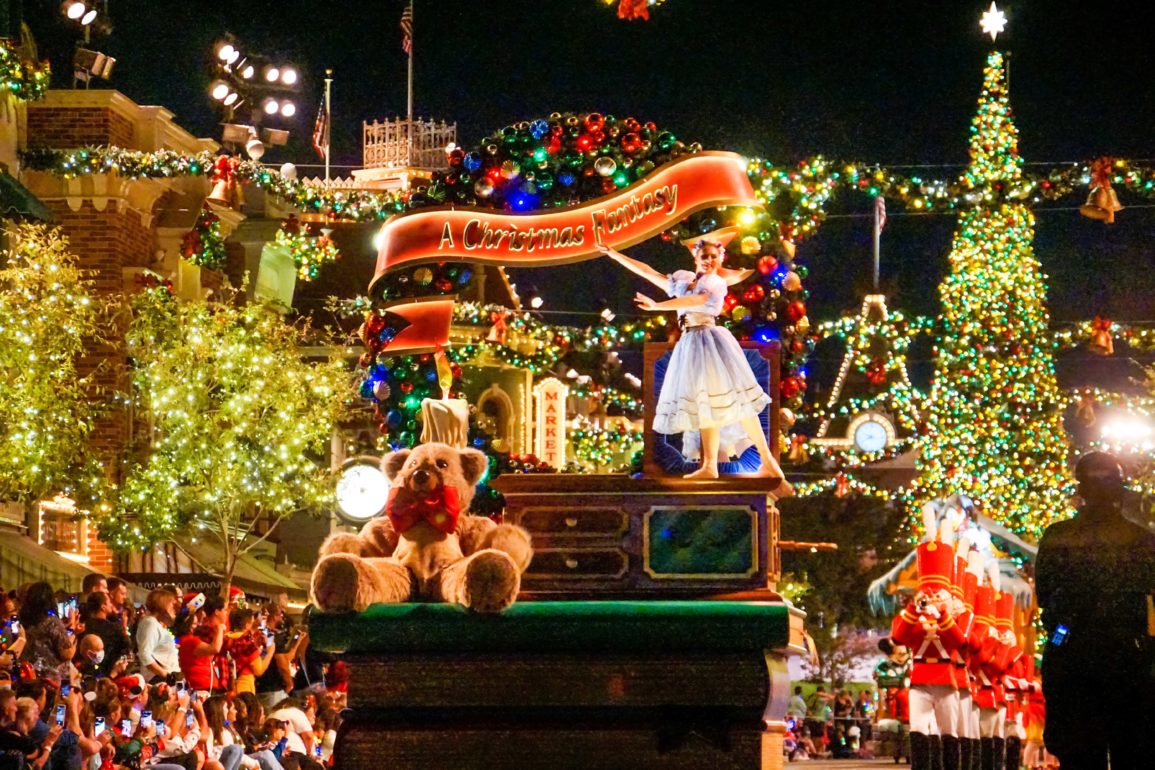 PHOTOS, VIDEO: Watch the Return of ‘A Christmas Fantasy Parade’ at Disneyland Park

After two years since its last performance, the iconic A Christmas Fantasy Parade has returned to the streets of Disneyland Park as part of the extremely limited Disney Merriest Nites hard ticket event! We were of course there for the very first performance, which you can watch below courtesy of our YouTube channel.

The parade rolled down Main Street U.S.A. as it always does, opening with a music box float with a ballerina and a bear that is definitely not Duffy the Disney Bear for some reason.

Toy Soldiers march along right behind.

Mickey and Donald are hard at work in Santa’s mail room, sorting letters from the children of the world.

There were so many dancers out on the streets, a pleasant sight after such a long time with scaled back entertainment.

Goofy and Pluto are hard at work baking holiday treats at their gingerbread house!

A candlelight Christmas ball featuring Disney princes and princesses rolls down the way, with Beast and other walking characters not far behind.

And of course, reindeer can only mean one thing—Santa Claus is coming to town! He’s hard at work on his sleigh greeting the children of the world and bringing presents.

A Christmas Fantasy Parade begins daytime performances for the general public today, with twice-daily performances set through December 4th at the time of publishing. But we presume that it will continue to run the length of the holiday season at Disneyland Resort. The return of other regular daytime entertainment such as the Magic Happens parade remains uncertain at present.