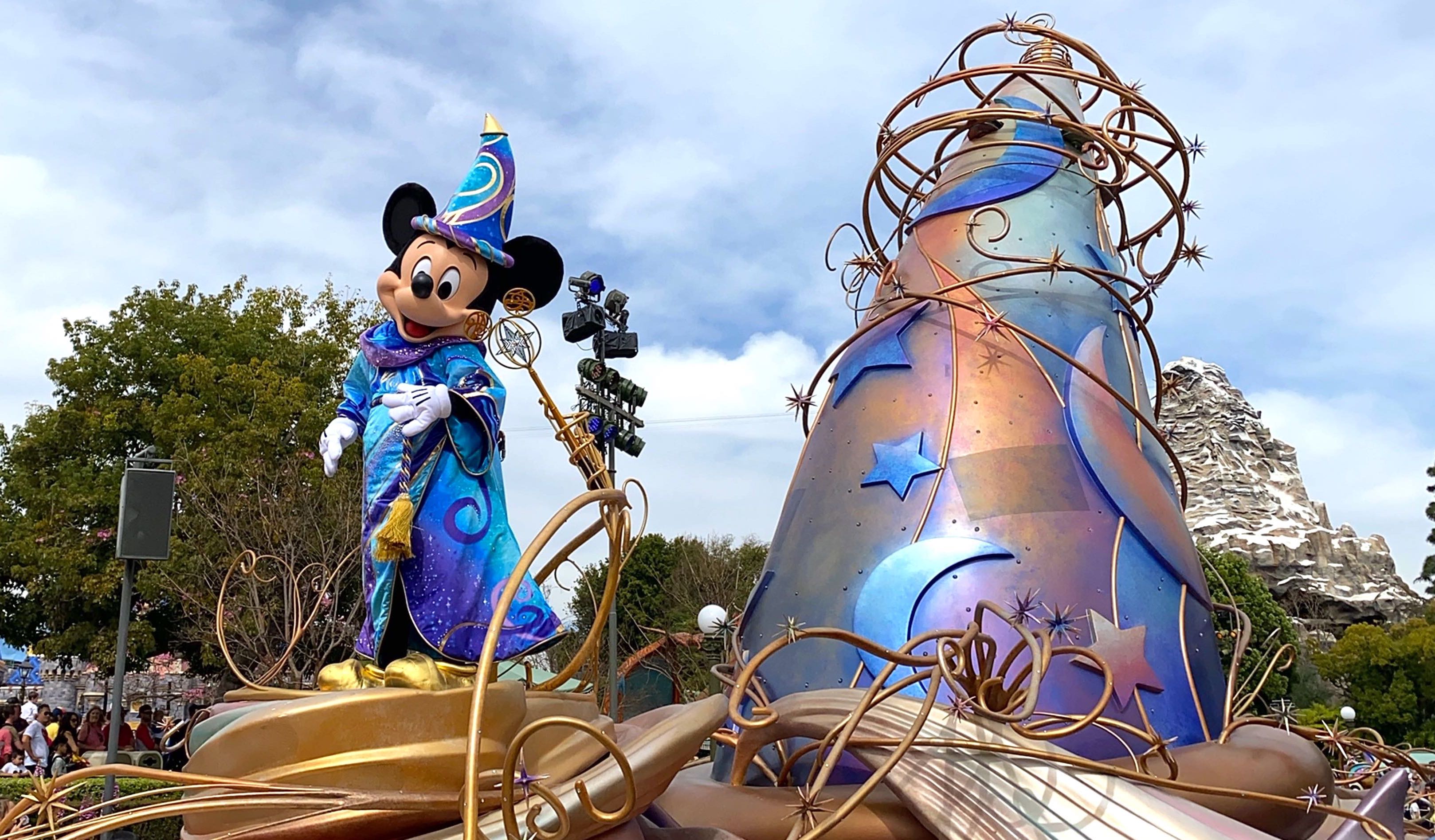 No Current Plans to Bring ‘Magic Happens’ Parade Back to Disneyland

The “Magic Happens” parade ran for only two weeks at Disneyland Park before the resort closed in March 2020 due to the COVID-19 pandemic. Though Disneyland Resort is back up and running, the parade has yet to return.

According to Orange County Register, Disneyland officials have “nothing to share at this time on the Magic Happens parade.” Though we can assume “Magic Happens” will be back someday, there don’t seem to be specific plans for when that will be.

The parade just won a Brass Ring Award for Best Atmosphere/Street Show Performance/Act from the International Association of Amusement Parks and Attractions — beating out the superhero sightings of Avengers Campus at Disney California Adventure.

The Frightfully Fun Parade during this year’s Oogie Boogie Bash was the first parade to resume operations at Disneyland Resort since March 2020. A Christmas Fantasy will return this Friday, November 12, and Main Street Electrical Parade will be returning soon, likely in the near year. It’s possible “Magic Happens” will resume sometime after that as the daytime parade.

You can at least experience “Magic Happens” virtually through the following posts: