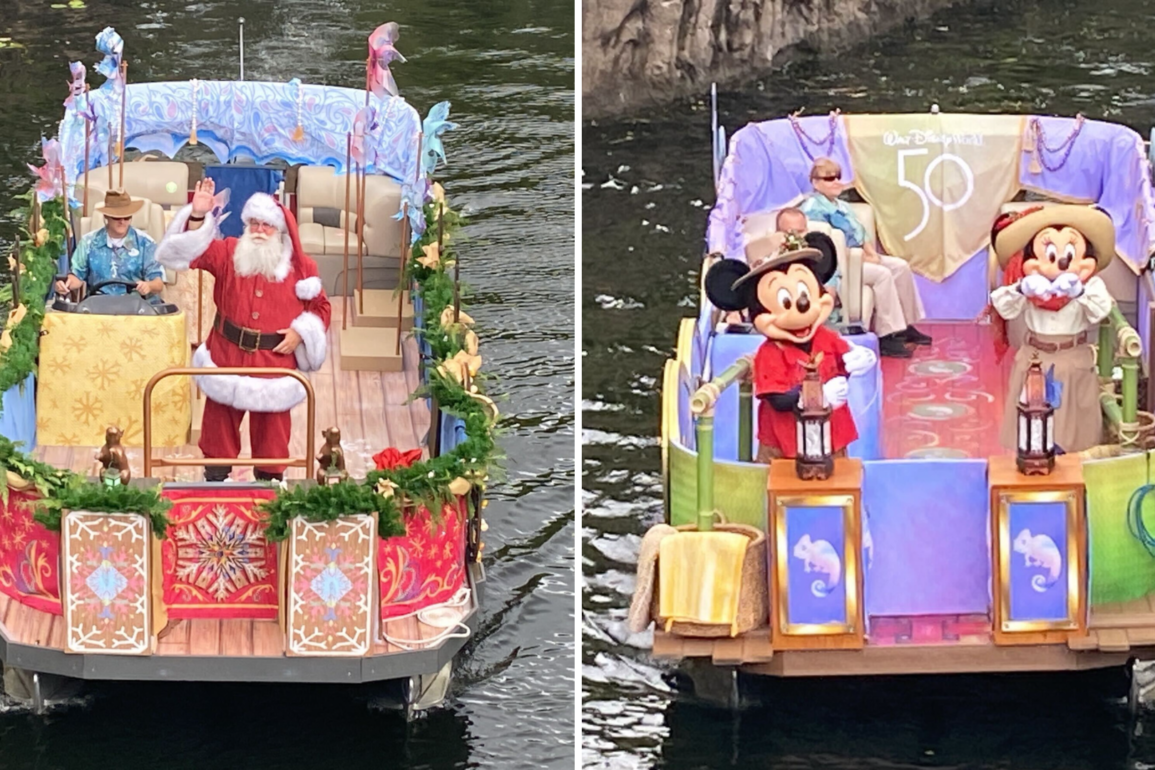 The holiday season has officially begun at Walt Disney World and all our favorite characters are celebrating. In Disney’s Animal Kingdom, guests can spot classic characters as well as Santa Claus himself on holiday flotillas along the Discovery River.

We saw Donald and Daisy in a garland-wrapped flotilla yesterday morning but unfortunately didn’t spot them again.

Timon and Rafiki made a few appearances to wave to guests.

Mickey and Minnie have added some winter flair to their safari outfits.

Both have flowers in their hats, while Minnie has a red scarf and Mickey has a red shirt.

They are appearing on their 50th anniversary flotilla.

Finally, Santa Claus has his own sleigh-like flotilla.

The flotilla is red on the outside, with garland along the edge.

He has his sack of presents at his feet, and there are beautiful pinwheels set up behind him.

There’s also a colorful snowflake painted on the floor of his flotilla.

Santa was waving to guests and wishing them happy holidays.

Watch a video of some of the flotillas below.

Check out the magical holiday version of Tree of Life Awakenings.