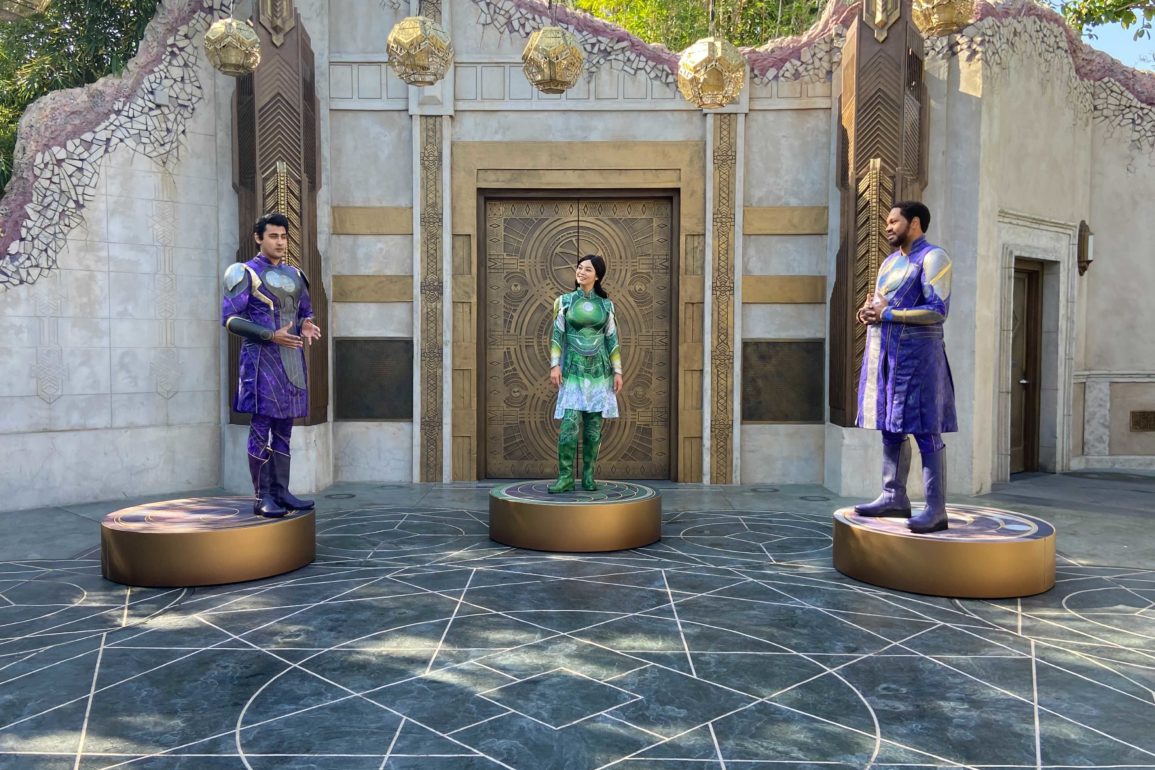 Phastos, Kingo, and Sersi from “Eternals” are now appearing in the Ancient Sanctum area of Avengers Campus at Disney California Adventure.

When we swung by to visit the Eternals this morning, only Sersi was there initially.

According to Cast Members, the three characters appear on a rotating schedule until about 1:00 p.m. This means you may see just one of them, or two or three at a time.

Cast Members only let a few parties into the Sanctum at a time so the characters can have personal interactions with guests.

After a while, Phastos joined Sersi.

Eventually, Kingo arrived, and we got to see all three characters together.

They remain on their platforms the entire time, but you can still get relatively close to talk to them and take photos.

Kingo was happy to pose for us.

Watch our video of the meet-and-greet below.

Next
Full Lineup of Candlelight Processional Narrators Announced, “JOYFUL!” and Storytellers Returning for the 2021 EPCOT International Festival of the Holidays