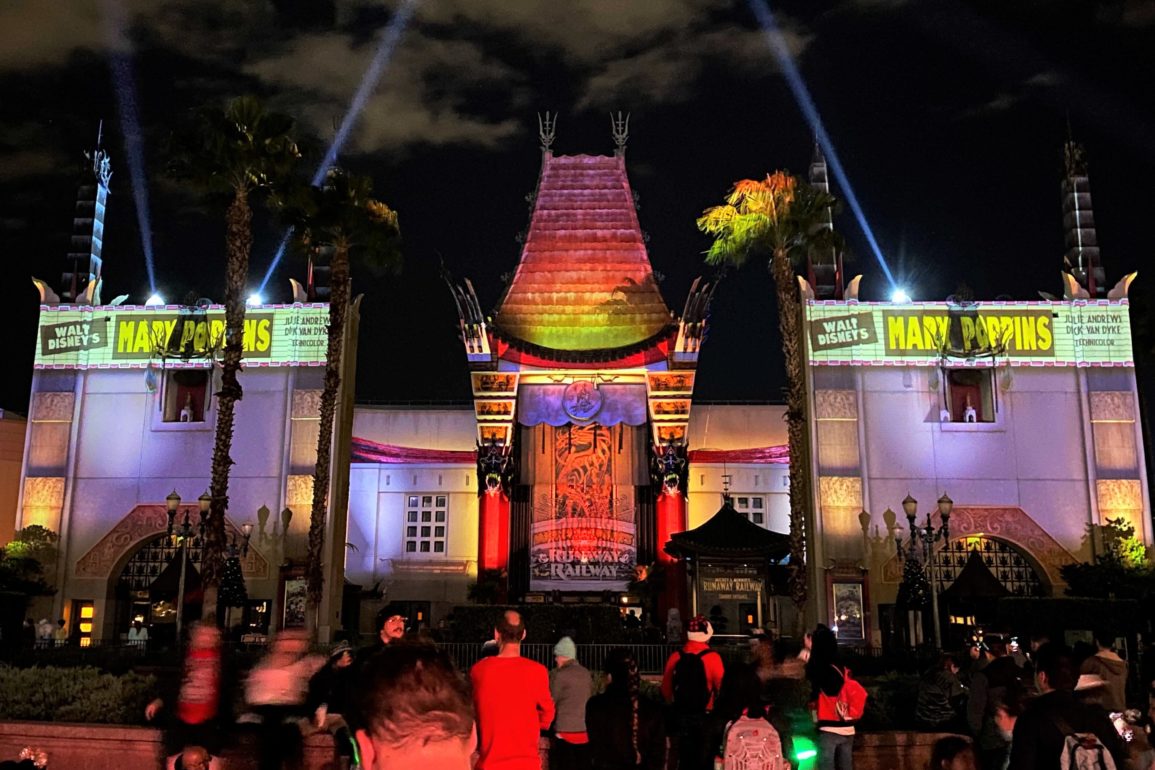 Last year, Disney announced that a new scene from Mulan would be added to the Disney Movie Magic projection show at Disney’s Hollywood Studios starting in March of 2020. We all know how that went. Fortunately, Disney also announced in October that Disney Movie Magic would return, and we were on hand to capture the first performance!

The pre-show projections have Walt Disney’s “Mary Poppins” front and center on the Chinese Theater.

The show then starts with sequences showing Pirates of the Caribbean and Mary Poppins, amongst other recognizable Disney movies.

“Mulan” then takes the stage for the new 2-minute segment, which was intended to be a sneak-peak of the live-action movie, but is no longer a preview given the movie has been available on Disney+ for over a year.

The show then moves on to its final sequences showing the Walt Disney Pictures castle logo, as well as characters such as Peter Quill from Guardians of the Galaxy, Maleficent, and Mary Poppins one last time.

Check out the full video of the show below for all of the new and returning scenes, or visit our YouTube channel.

It’s unknown if the new sequence will be a permanent part of Disney Movie Magic, as it was originally advertised in 2020 as a limited-run. Stay tuned to WDWNT for further updates, and let us know in the comments how you felt about the return of this nighttime projection show!