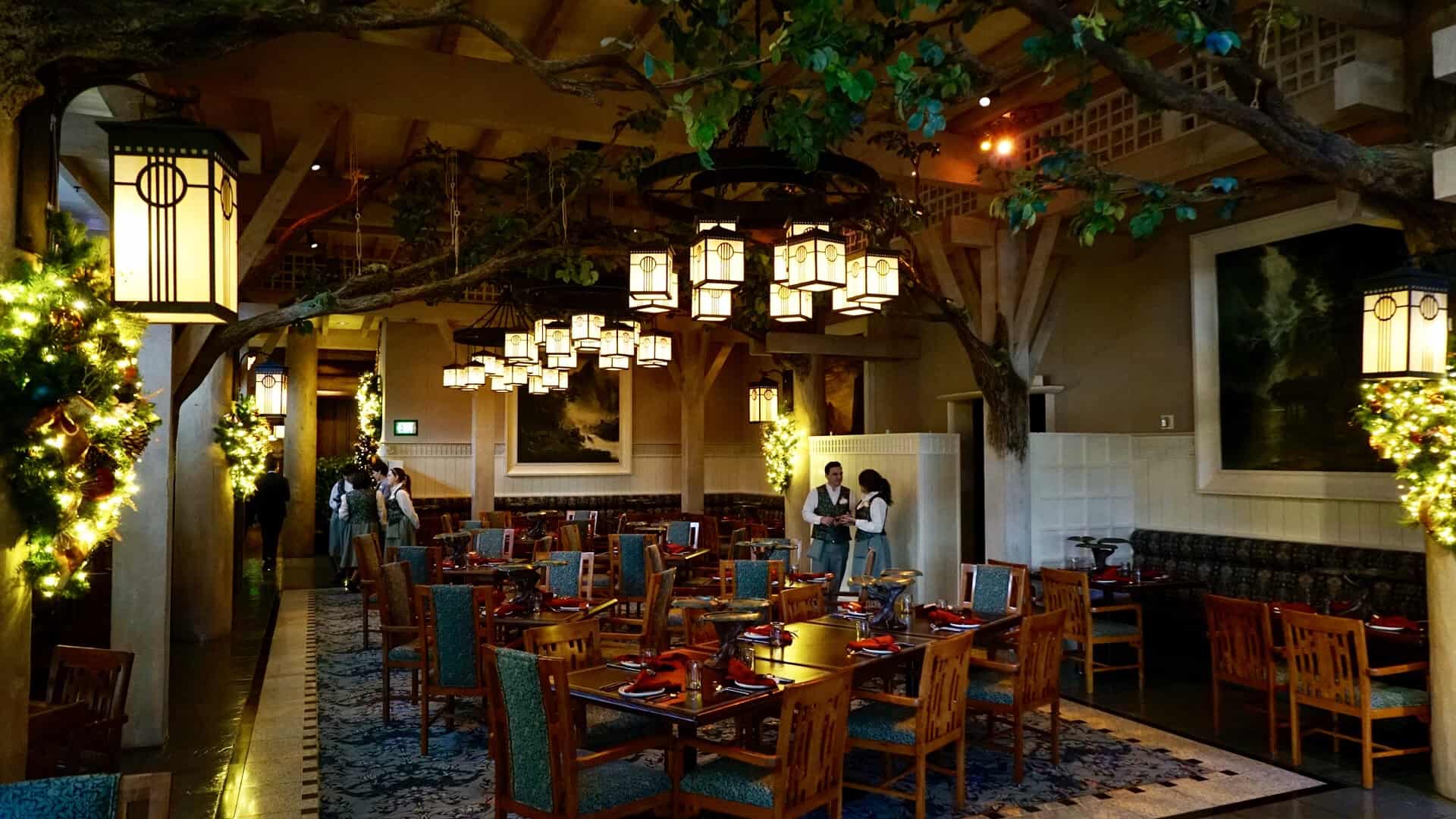 As announced earlier today, Story Book Dining at Artist Point will be reopening on December 16. This dining experience at Disney’s Wilderness Lodge is inspired by “Snow White and the Seven Dwarfs,” with some of the film’s characters walking around for photos. The Story Book Dining prix fixe menu has been updated on the Walt Disney World website, with everything from simple name changes to new dishes.

The Hunter’s Terrine has been replaced with Hunter’s Pie with turkey, chicken, black truffle, cranberry preserve, and crispy sauerkraut.

For the Magic Mirror’s Slow-braised Pork Shank, guests will now be served horseradish-mashed potato instead of celery root mashed potato.

The desserts are mostly the same. The only difference is with the Miner’s Treasures, which will include cookies ‘n’ cream panna cotta instead of berry panna cotta.

The non-alcoholic Wishing Apple Punch has dropped from $7 to $5 and will no longer include a souvenir glow cube. Guests can add the glow cube for $3.79.

How do you feel about all of these changes? Let us know in the comments and read our previous review of Story Book Dining.

Next
REVIEW: Holiday Cookie Stroll at the 2021 EPCOT International Festival of the Holidays