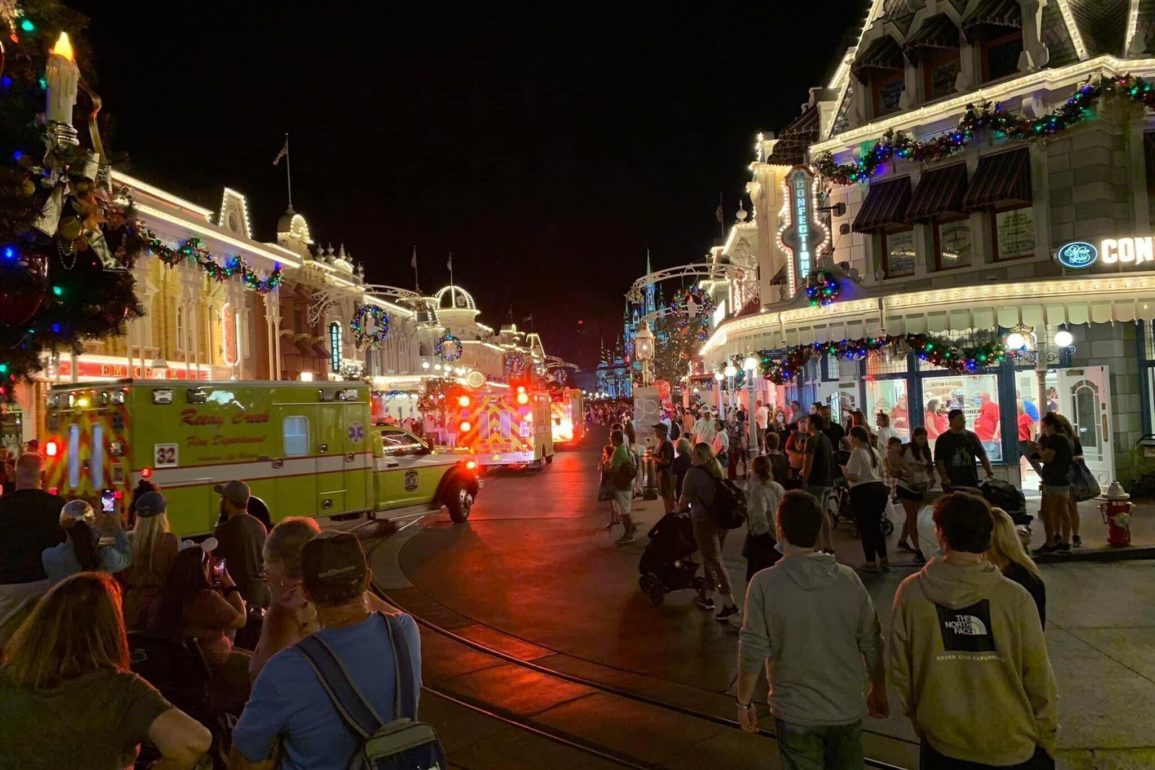 BREAKING: Emergency Vehicles Drive Through Magic Kingdom to Reported Fire in the Park

According to a post on Facebook, in the Annual Passholders – Walt Disney World Resort group, emergency vehicles are currently driving through the Magic Kingdom.

Guests saw them driving up Main Street U.S.A. toward Liberty Square, reportedly heading toward a fire somewhere in the park.

Smoke was reportedly seen on the left-hand side of Cinderella Castle.

It was reportedly a “small fire” that occurred in a mulch area near the Cinderella Castle moat. It was put out with a single fire extinguisher.

Disney released an official statement saying, “There was a small fire in Magic Kingdom. The fire was quickly extinguished by fire extinguishers. No one was hurt.”

We will provide updates as we receive more information.