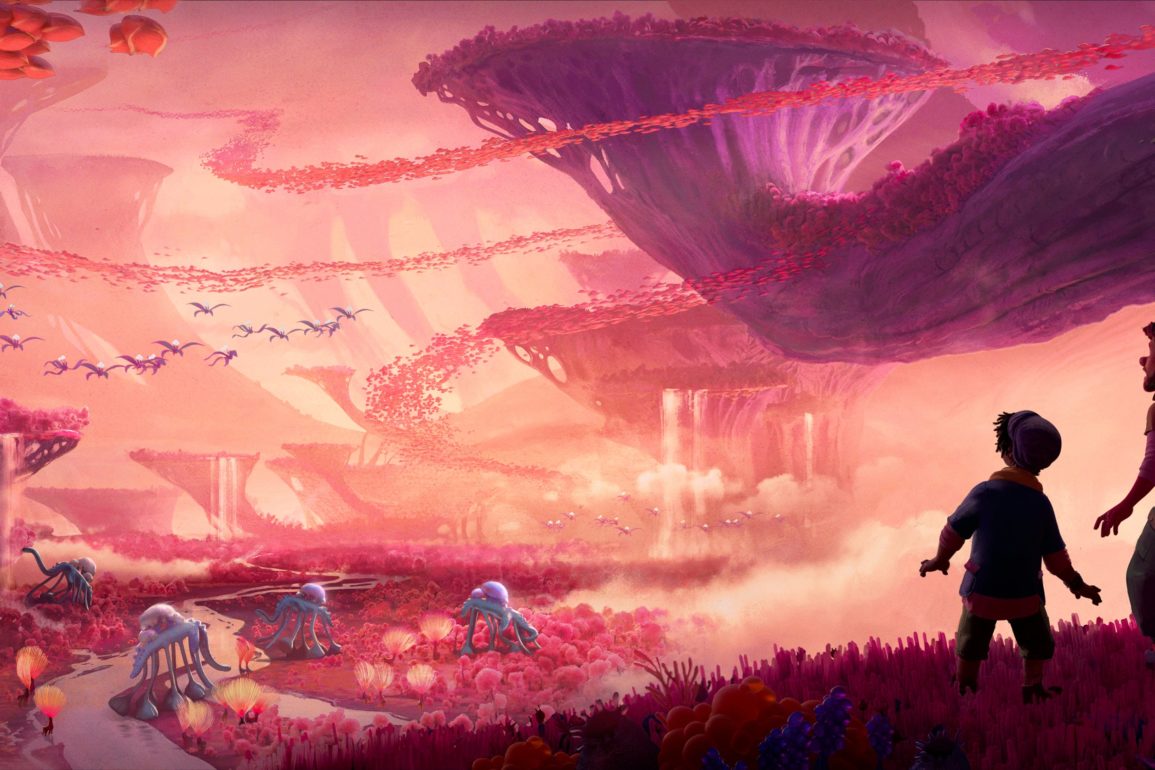 Walt Disney Animation Studios has released their first look at “Strange World,” which will be hitting theaters on November 23, 2022.

A title card and an image from the film were released.

“Strange World” journeys deep into an uncharted and treacherous land where fantastical creatures await. It is directed by Don Hall, co-directed and written by Qui Nguyen, and produced by Roy Conli.