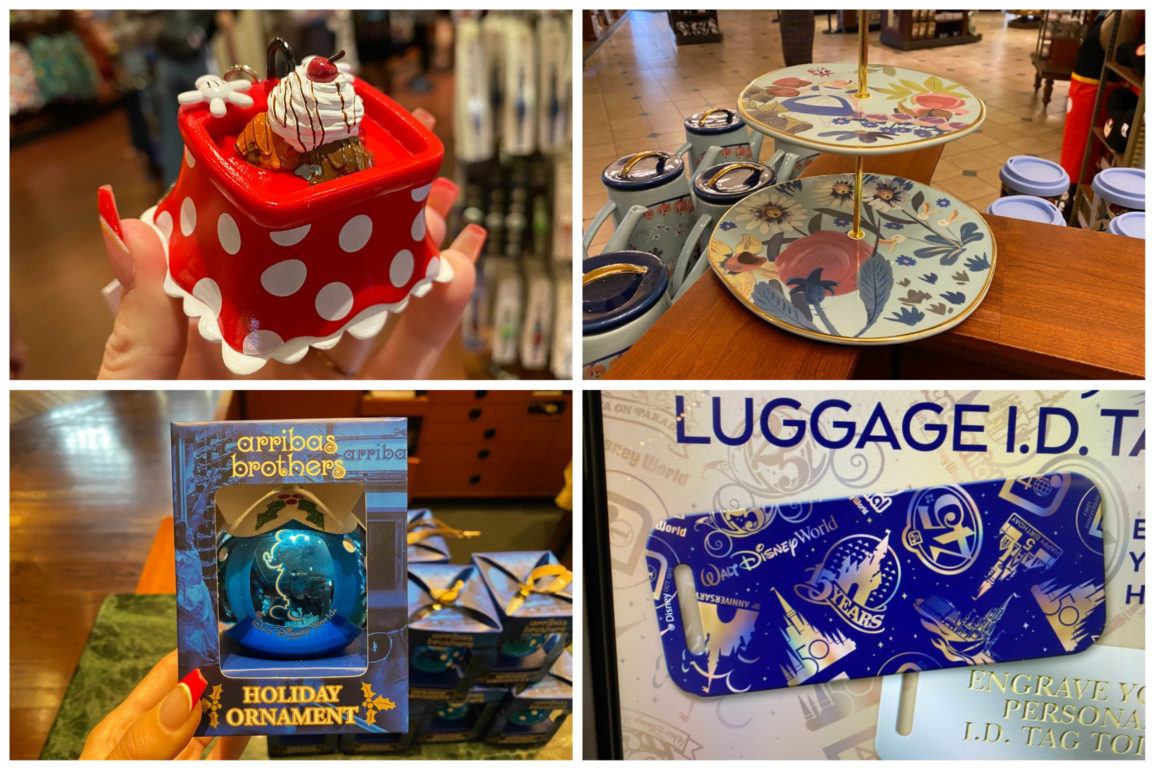 Every day, Walt Disney World releases a plethora of new merchandise. Since there’s so much to see, we bring you everything we find in these convenient roundups. So join us as we explore everything new at the Magic Kingdom, Disney’s Animal Kingdom, and Disney’s Art of Animation Resort on December 20, 2021!

We found all of these tableware items at the Emporium in the Magic Kingdom.

We found this cute plush magnet at Discovery Traders in Disney’s Animal Kingdom.

At Landscape of Flavors inside Disney’s Art of Animation Resort, we spotted a new engravable luggage I.D. tag at the self service kiosk.

Celebrating the 50th anniversary of Walt Disney World, these luggage tags are engraved inside the machine with a guest’s custom message.

The design on the tag features many old logos of Walt Disney World anniversaries past, from the first anniversary to the 50th.

This luggage tag joins an existing collection of 50th anniversary engravable tags and other Disney tags.

We found this youth hoodie at the Tomorrowland Light and Power Co in the Magic Kingdom.

It features a half zippered top and a Rebel Alliance zipper pull.

The bottom half is quilted with pockets.

Star Wars is written down only the left arm.

We found this magnetic frame at Frontierland Trading Post, and it was previously available on the maDe kiosks.

This ornament is available inside Crystal Arts by the Arribas Brothers in the Magic Kingdom.

The classic blue ball ornament features white snowy decorations on top and in falling snow down the side. Mistletoe is also atop the snow, and the main image on the side is of Mickey Mouse’s silhouette.

Next
PHOTOS: Typhoon Lagoon Staged for Guests Ahead of Reported Reopening