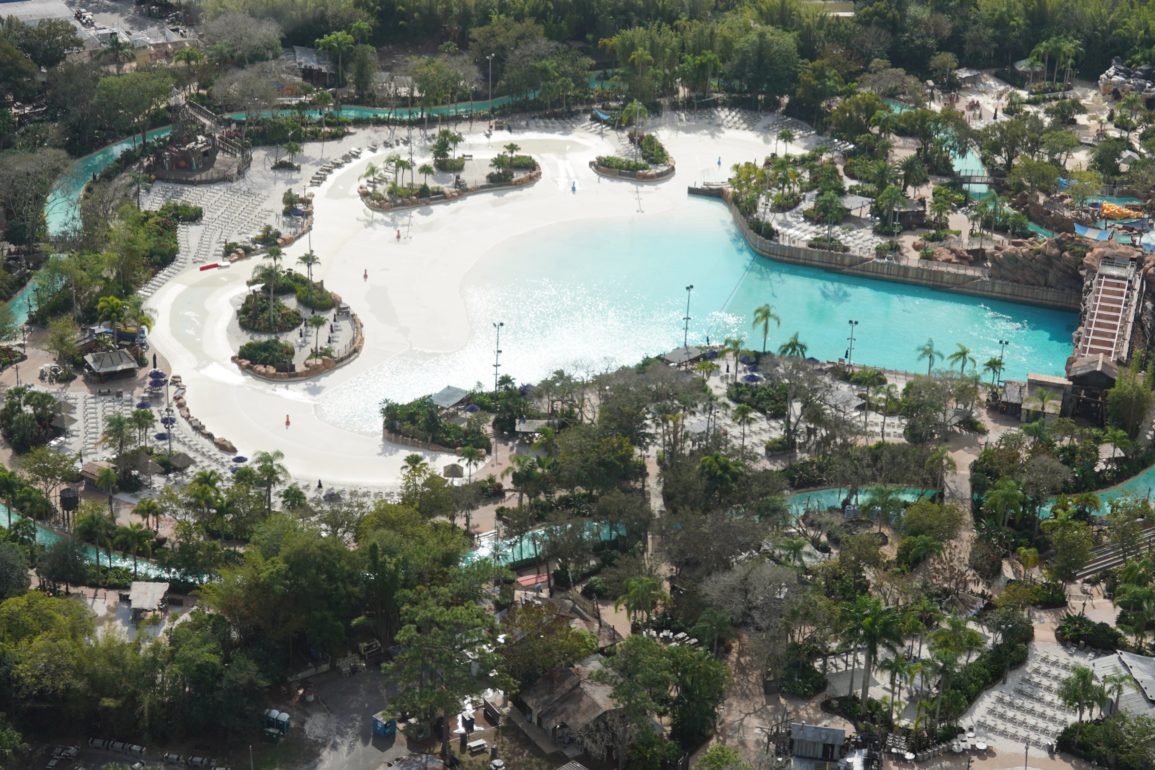 PHOTOS: Typhoon Lagoon Staged for Guests Ahead of Reported Reopening

Nearly two years into the COVID-19 pandemic, most major facets of Walt Disney World have returned to the resort, from nightly fireworks to character dining experiences. But one asterisk still remains—Typhoon Lagoon, the elder of Disney’s two water parks. With rumors pointing to its reopening in January, Disney is hard at work staging the park for the return of guests, according to new aerial photos from @Bioreconstruct on Twitter.

New photos show the return of water to the massive wave pool, as well as lounge chairs staged properly for guests to use.

Umbrellas and inner tubes are also ready at most locations.

Castaway Creek has plenty of tubes ready for guests to float along down the lazy river, while water flows down the Storm Slides.

A number of maintenance projects were undertaken during the pandemic closure, including reportedly repairs on a collapsed hill. It’s certainly a far cry from its state of disarray earlier this year as its future was uncertain. Typhoon Lagoon has not operated since March 15, 2020.

Next
VIDEO: Swing Through New York Aboard The Amazing Adventures of Spider-Man at Universal Studios Japan