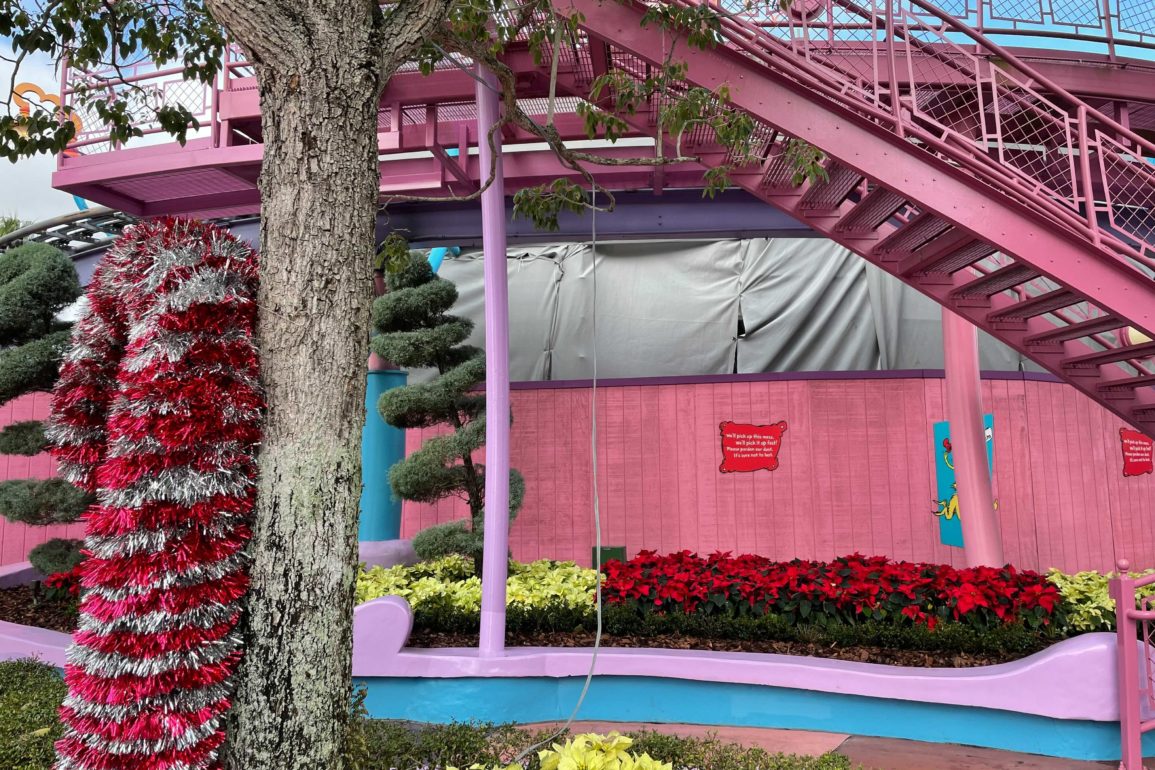 Construction walls have been moved back around Caro-Seuss-el in Universal’s Islands of Adventure, which has been under refurbishment since August.

In addition to the themed construction walls, grey tarp surrounds the carousel.

The evacuation stairs for the closed track of The High in the Sky Seuss Trolley Train Ride! are now visible.

This track of the trolley ride remains closed while the Caro-Seuss-el is under refurbishment.

The archway for Caro-Seuss-el was still decorated for the Who-lidays.

Several pieces of the attraction’s roof are gone. We first noticed the roof was broken in late October.

The broken roof, scaffolding, and scrim can be seen from the other track of the trolley train ride.