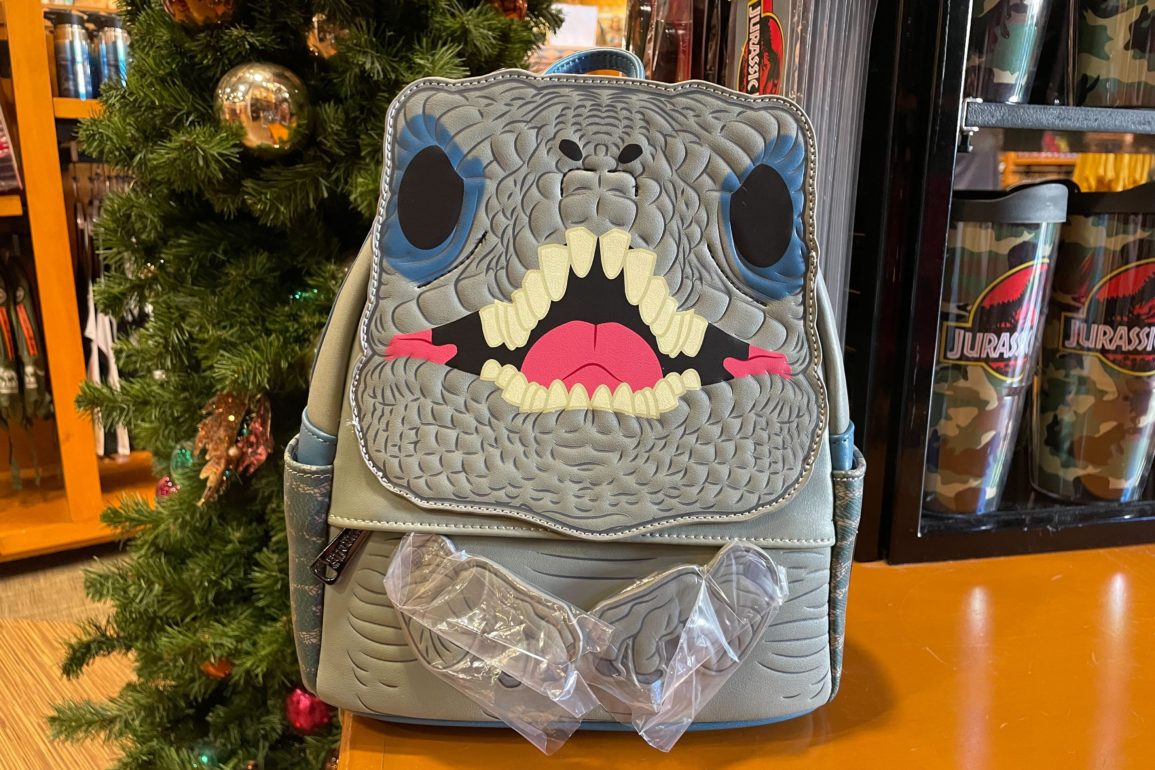 Just a couple days ago, we found this new scary Loungefly backpack at Universal Studios Hollywood. Well, Blue, Jurassic World’s most popular velociraptor, has also made its way over to Universal Orlando Resort!

The front features Blue, with teeth exposed, along with raptor claws sticking out to look all the more terrifying.

The straps are (appropriately) blue, which stands out against the gray base.

The Loungefly logo appears with the Funko “POP!” emblem, as Blue is rendered in the POP! fashion.

I’d like to think Blue’s claws are wrapped up to protect guests from getting scratched!

We found Blue at Islands of Adventure Trading Company. It can also be found at Jurassic Outfitters.