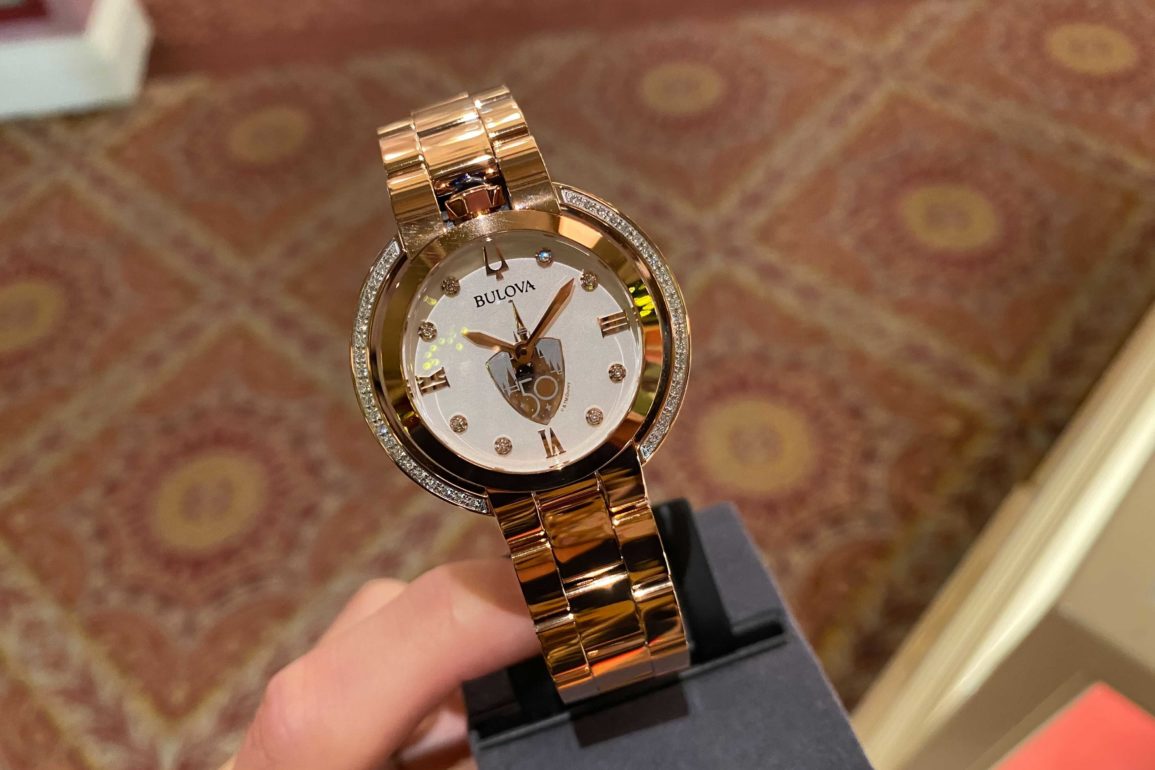 This $1,200 watch is available in Uptown Jewelers at Magic Kingdom.

The watch band is gold, as are the elements on the watch face.

Diamonds stand in for most of the numbers on the face.

The face is also rimmed with small diamonds.

Previous
PHOTOS: Construction Continues on Structures for Journey of Water Inspired by ‘Moana’ at EPCOT